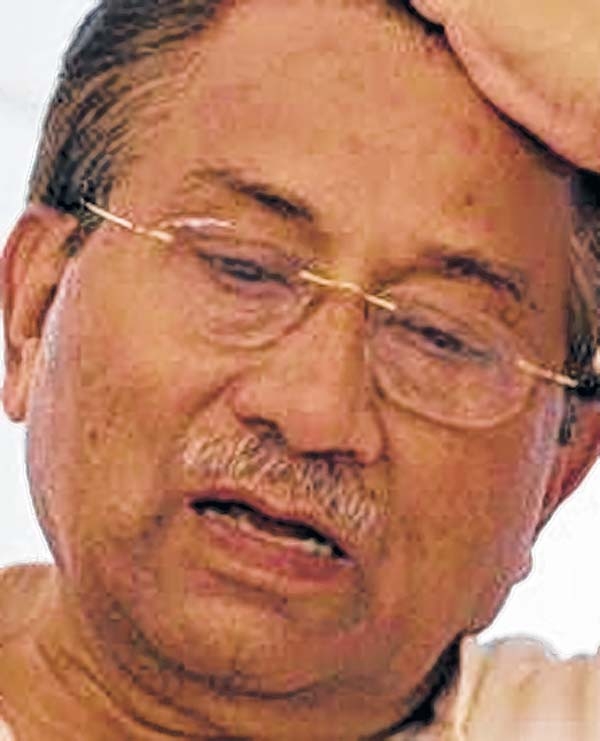 ISLAMABAD, Dec 17
Pakistan's former dictator Pervez Musharraf was on Tuesday sentenced to death in absentia in the high treason case for subverting the Constitution, becoming the first military ruler to receive the capital punishment in the country's history.
A three-member bench of the special Court, headed by Peshawar High Court Chief Justice Waqar Ahmad Seth, found the ailing 76-year-old former Army chief, now living in Dubai on self-exile, guilty of high treason and handed him the death sentence.
This is the first time in Pakistan's history that a military chief has been declared guilty of high treason and handed the death sentence.
His indictment for treason was a highly significant moment in a country where the powerful military has held sway for much of its independent history.
Musharraf seized power by ousting then-Prime Minister Nawaz Sharif in a 1999 bloodless coup.
He has also served as Pakistan's President from 2001 to 2008.
He was sentenced for suspending the Constitution and imposing extra-Constitutional emergency in 2007, a punishable offence for which he was indicted in 2014.
The special Court, formed on the orders of the Supreme Court, issued a 2-1 split verdict and its details would be announced in the next 48 hours.
Before issuing the verdict, the Court rejected a plea by the prosecutors to delay the verdict.
The former Army chief left for Dubai for medical treatment in March 2016 and has not returned since, citing security and health reasons.
The special Court - comprising Justice Seth, Justice Nazar Akbar of the Sindh High Court (SHC) and Justice Shahid Karim of the Lahore High Court (LHC)- announced the verdict it had reserved on November 19.
According to the Constitution, "Any person who abrogates or subverts or suspends or hold in abeyance, or attempts or conspires to abrogate or subvert or suspend or hold in abeyance the Constitution by use of force or show force or by any other unconstitutional means shall be guilty of high treason."
The punishment for high treason is death or lifetime imprisonment, according to the High Treason (Punishment) Act, 1973.
Musharraf was admitted to a hospital in Dubai following deterioration of his health earlier this month.
In a video statement from his hospital bed, he called the treason case "absolutely baseless".
"I have served my country for years. I have fought for my country. This (treason) is the case in which I have not been heard and I have been victimised," he asserted.
His legal team can appeal the verdict in the Supreme Court.
If the top Court upholds the special Court's verdict, the President possesses the Constitutional authority under Article 45 to pardon a death row defendant, the report said.
The special Court's order came despite an earlier Islamabad High Court (IHC) order stopping it from issuing the verdict.
The IHC's order had come on November 27 - a day before the special Court was set to announce its verdict.
It had also directed the Government to notify a new prosecution team by December 5.
The new prosecution team for the Government appeared before the special Court on December 5 after which it fixed December 17 as the date to announce the verdict.
However, as the hearing started on Tuesday, the Government's prosecutors submitted new petitions.
One of the petitions asked the Court to make three individuals - former Prime Minister Shaukat Aziz, former Supreme Court Chief Justice Abdul Hameed Dogar and former Law Minister Zahid Hamid - suspects in the case.
"We want to make Musharraf's facilitators and companions suspects as well. It is important that the trial of all suspects is held at the same time," the prosecutor said.
Reacting to Government prosecutors' submission of new petitions on the day of final arguments, Justice Karim said, "Submitting such a request after three and a half years means the Government doesn't have the right intentions. Today the case was set for final arguments and now new petitions have been submitted."
Musharraf's counsel said his client's health was not well enough for him to appear before the Court.
But Justice Seth said that if he is unable to defend his client, it means that his arguments have concluded.
Justice Akbar also said that the former President had wasted six opportunities to record his statement.
The high treason trial of Musharraf for clamping the state of emergency on November 3, 2007, has been pending since December 2013.
He was indicted on March 31, 2014.
However, due to litigation at appellate forums, the trial lingered on and he left Pakistan in March 2016.
On Saturday, in an application filed through his advocates, Musharraf asked the LHC to stay the trial at the special Court until his earlier petition pending adjudication by the High Court is decided.
In that petition, the former dictator challenged the formation of a special Court holding his trial under charges of high treason and legal flaws committed in the procedure.
Shortly before the special Court's verdict, the Lahore High Court recommended a full-bench hearing of Musharraf's plea for stay in the trial.
After the IHC had halted the special Court from delivering its judgement last month, the members of the three-Judge Court were of the view that the IHC's order was not binding on them.
The IHC, however, ruled that its order of stopping the special Court from announcing its verdict in the treason case was binding on it (special court) regardless of the fact that it comprises three High Court Judges. PTI