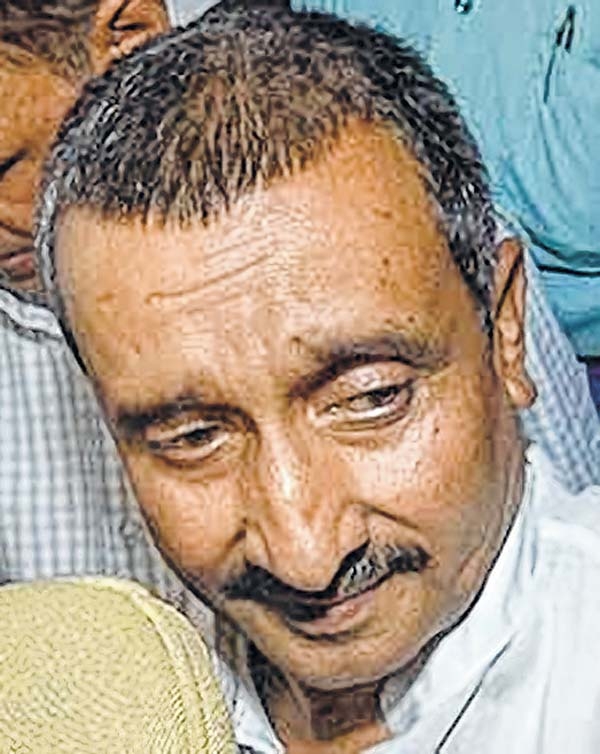 New Delhi, Dec 20
Expelled BJP MLA Kuldeep Singh Sengar was sentenced to life imprisonment till the remainder of his biological life for the rape of a minor girl in Unnao by a Delhi Court.
District Judge Dharmesh Sharma said that Sengar was a public servant and people reposed faith in him and he betrayed that trust. “All possible coercive measures were employed against the family. There was pain to the family and efforts were made to threaten and harm them,” the Judge said.
The Court also imposed a fine of Rs 25 lakh on Sengar, out of which Rs 10 lakh will be given to the victim and Rs 15 lakh to the UP Government for the costs incurred during prosecuting Sengar.
Sengar broke down inside the Courtroom. His daughter held his hands and consoled him.
The Court also directed the CBI to continue valuating the threat perception every three months, and ensure protection to the victim and her family members, including providing them with new identities if required.
The Court had found Sengar guilty of raping a minor girl in Unnao in 2017 under Section 376 (rape) of the IPC and Sections 5(c) & 6 of the POCSO Act. The Court had found the victim’s testimony “unblemished, truthful and… of sterling quality.”
The case dates back to June 4, 2017, when the victim, then 17 years old, was allegedly raped by Sengar, a four-time BJP MLA from Bangermau in Uttar Pradesh — he was expelled from the BJP in August this year.
About a year later, on April 3, 2018, her father was allegedly framed in an illegal arms case and arrested. He died in judicial custody a few days later, on April 9, 2018.
On July 28 this year, a speeding truck rammed into the car in which the victim, her two aunts and their lawyer were travelling. Her aunts were killed while the victim and her lawyer were critically injured.
On August 1, the Supreme Court transferred the rape case, along with four other related cases, to Delhi, and directed the Court to complete trial in 45 days. The Judge heard the case on a day-to-day basis from August 5.
The four other related cases are: framing of the victim’s father in an illegal firearms case and his death in judicial custody, conspiracy in the accident case, and a separate case of her alleged gangrape by three others in Unnao on June 11, 2017. The Judge on Monday questioned the delay by the CBI in filing a chargesheet in the gangrape case.
The Indian Express