Constitutional safeguards for Assam mulled Assam Accord will be respected : Shah 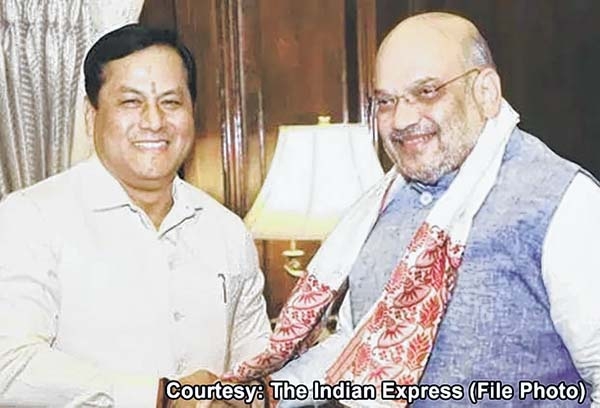 New Delhi, Jan 10
Home Minister Amit Shah met Assam Chief Minister Sarbananda Sonowal and State Minister Himanta Biswa Sarma on Thursday and he is learnt to have assured them that the Assam Accord would be respected and that the Union Government would consider the idea of giving the State Constitutional safeguards in the wake of the Citizenship (Amendment) Act (CAA).
The passage of the Act has heightened anxieties among the people in the State regarding its effect on their demography, ethnic integrity and culture.
According to officials, Shah is understood to have discussed the provision of Constitutional safeguards, as mandated by the 1985 Assam Accord.
“Basically, the focus is on fully implementing Clause 6 of the Assam Accord, for which a committee has already been setup and it is likely to submit its report soon. Following that, some key decisions with regard to Assam will be taken,” an official said.
The committee is supposed to determine the quota of representation of indigenous people in Assam in the State Assembly, among other measures to protect indigenous culture and language.
Sonowal may make announcements in this regard during a special Assembly session convened next week, another official said. The Assam Accord provides for detection and deportation of all illegal immigrants, who have entered the country after 1971 and are living in the State, irrespective of their religion.
Express News Service