US expresses concern over detention of political leaders, internet restrictions in J&K 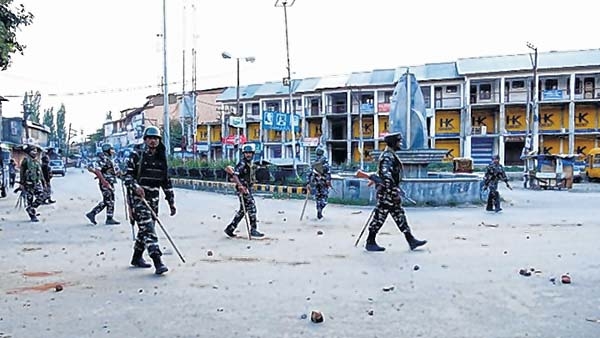 WASHINGTON, Jan 12: The US State Department on Saturday expressed concern over the continued detention of political leaders and restrictions on the internet in Jammu and Kashmir.
The restrictions were imposed on August 5 last year when India's central government had announced the abrogation of the special status given to Jammu and Kashmir under the Article 370 and its bifurcation into two Union Territories.
The twitter handle of US State Department's bureau of South and Central Asian Affairs (SCA) said that it was closely following the visit of US Ambassador to India Keneth Juster and other foreign envoys' visit to Jammu and Kashmir.
The bureau, on behalf of Principal Deputy Assistant Secretary of State for South and Central Asian Affairs, Alice Wells, who will be travelling to South Asia next week, expressed hope for a return of normalcy.
"Closely following USAmbIndia and other foreign diplomats' recent trip to Jammu and Kashmir. An important step," the bureau of SCA said in a tweet.
"We remain concerned by the detention of political leaders and residents, and Internet restrictions. We look forward to a return to normalcy. AGW," it said in the tweet.
In first such trip by foreign diplomats post-August 5, envoys of 15 countries, including the US, visited the Kashmir valley on Thursday where they interacted with select political representatives, civil society members as well as military top brass with the Indian government rejecting criticism that it was a "guided tour".
Pakistan has been unsuccessfully trying to drum up international support against India for withdrawing Jammu and Kashmir's special status on August 5 and bifurcating it into two union territories.
Reacting sharply to India's decision, Pakistan downgraded diplomatic ties with New Delhi and expelled India's high commissioner.
India has categorically told the international community that the scrapping of Article 370 was its internal matter.
It also advised Pakistan to accept reality and stop all anti-India propaganda. PTI