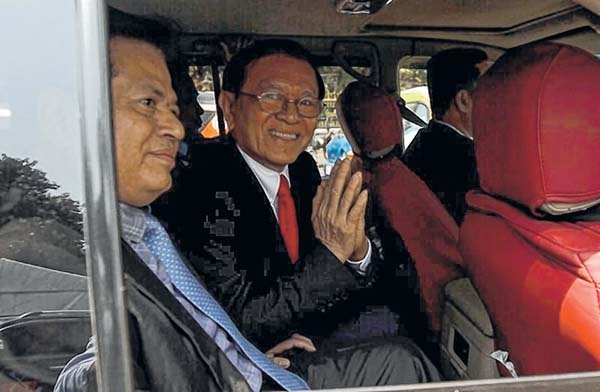 PHNOM PENH, Jan 15: A Cambodian court convened on Wednesday to begin the trial of opposition party leader Kem Sokha on charges of treason in a case that has drawn condemnation from rights groups as a move by longtime leader Hun Sen to crush political rivals.
Diplomats packed the Phnom Penh Municipal Court amid tightened security, and reporters were not allowed to view the proceedings after the morning court session.
“Between 1993 until now, Kem Sokha planned and implemented a secret plan in collusion with foreigners to overthrow the royal government,” Cambodian Judge Koy Sao said as he read the charges to Sokha.
The judge said Sokha had conspired with American and Canadian advisers on regime change, like that of Yugoslavia and Serbia, before playing a video clip from 2013 in which Sokha suggested he had received political advice from unspecified Americans.
Sokha rejected the video clip as evidence, saying that his version of the video had him saying he wouldn’t stage a revolution.
“This video isn’t complete, the content is out of context, it has been edited ... I have my own video, will the court play it? Has the court verified this video?” Sokha said.
REUTERS