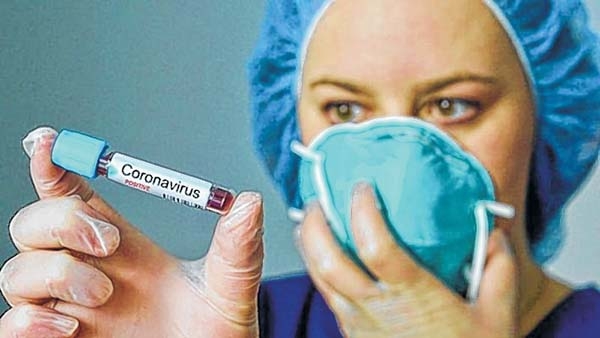 Thiruvananthapuram, Jan 30
India has reported its first confirmed case of novel coronavirus in Thrissur district of Kerala. The patient is a student studying in Wuhan University, China and had recently returned to India.
In a statement, the Press Information Bureau (PIB) of India said the student is from Kerala. "The patient has tested positive for novel coronavirus and is in isolation in the hospital. The patient is stable and is being closely monitored," the statement said.
The 2019-novel corona-virus (2019-nCoV) epidemic that has concerned health experts world over started in China's Wuhan city early December last year and has so far claimed more than 170 lives.
Kerala Health Minister KK Shailaja said 20 samples were sent for tests out of which one was found to be positive for novel corona-virus.
"The patient had returned from Wuhan in China and is now kept in isolation at General Hospital in Thrissur. She is stable," the Minister said.
The Health Minister said the Government has already set up a control room.
"We have directed all hospitals, including private hospitals, to monitor patients coming with similar symptoms (of coronavirus). The health department is all set to isolate patients and start treatment," Kerala Health Minister KK Shailaja said.
Meanwhile, responding to the developments, Kerala Chief Minister Pinarayi Vijayan said, "It is an unfortunate turn of events. One case is positive and we have one more test to do. We are taking adequate measures. We have dealt with an outbreak like this before. We have to take precautionary measures be- cause it spreads from person to person."
In Kerala, one person each from Thrissur, Thiru-vananthapuram, Pathanam- thitta and Malappuram and three from Ernakulam district have been kept in isolation wards of various helath centres, news agency PTI reported.
As a precautionary measure, health authorities in India have placed many people under medical watch. Various airports in the country have started screening passengers arriving from China for symptoms of coronavirus infection.
News agency Reuters reported that a senior Indian government official said bringing Indian nationals from Wuhan, the epicentre of the coronavirus, was not the best option due to the risk of infection but increased pressure from the citizens, most of them students, and their parents had forced them to keep an aircraft on standby.
This week, India readied a state-carrier airplane to travel to Wuhan but was waiting for a nod from Chinese authorities who were trying to sequence the whole evacuation process.
"Only those nationals who don't have the virus will be airlifted, they will be brought into a quarantine facility outside Delhi," the official said, requesting anonymity.
Demands from South Asian nationals intensified after countries such as the United States and Japan began pulling out their nationals.
The 2019-novel coronavirus or 2019-nCoV is a new strain of cornoviruses and has not been previously seen in humans. Cornoviruses form a large family of viruses and the illness they cause can range from common cold to more severe diseases such as the Middle East Respiratory Syndrome (MERS-CoV) and Severe Acute Respiratory Syndrome (SARS-CoV).
These viruses are zoonotic, which means they are transmitted from animals to humans.
While the exact source (i.e. the animal from which it started) of 2019-nCoV is yet to be identified, other strains of coronoviruses have previously been seen to be transmitted from civet cats to humans (in the case of SARS-CoV) and from dromedary camels to humans (in the case of MERS-CoV).
These aren't the only form of coronaviruses. There are many that circulate among animals but have not yet infected humans. India Today