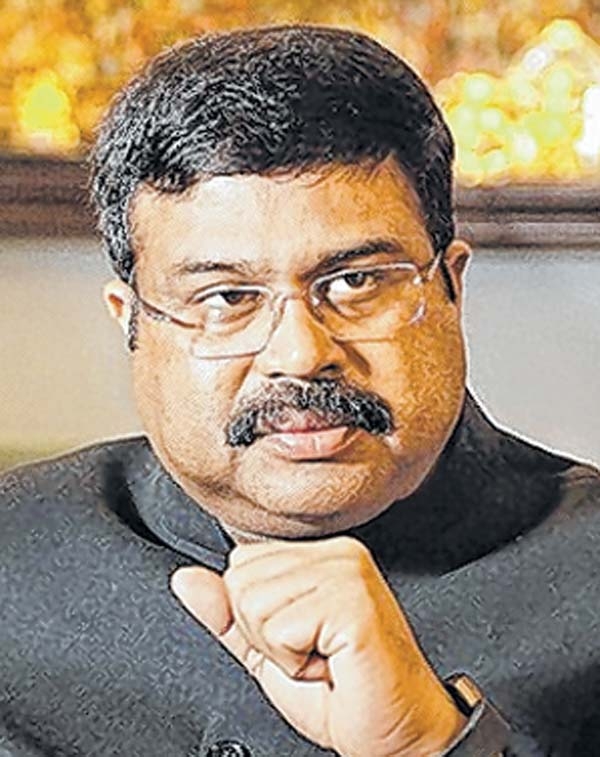 NEW DELHI, Jan 8
In only the second instance of the Government directly funding a gas pipeline, the Cabinet Committee on Economic Affairs (CCEA) on Wednesday approved a Rs 5,559 crore viability gap funding for the proposed North-East gas grid, Oil Minister Dharmendra Pradhan said.
The 1,656-km North-East Natural Gas Pipeline Grid will connect Guwahati in Assam to major cities in the region such as Itanagar, Dimapur, Kohima, Imphal, Aizawl, Agartala, Shillong, Silchar, Gangtok, and Numaligarh. The pipeline will enable the supply of piped cooking gas to households and CNG to automobiles, besides fuel to industry.
However, in the absence of anchor customers, the Rs 9,265 crore pipeline is not economically viable.
The CCEA headed by Prime Minister Narendra Modi approved "a viability gap funding of 60 per cent of the project cost," Pradhan said at a post-Cabinet press briefing here.
The North-East pipeline grid is to be implemented by Indradhanush Gas Grid, a joint venture of State-owned GAIL India, Indian Oil Corp (IOC), Oil and Natural Gas Corp (ONGC), Oil India Ltd (OIL) and Numaligarh Refinery Ltd (NRL).
The consortium had pitched for a 60 per cent funding support from the Government and would raise the rest via equity and debt. Without Government support, the pipeline will not be viable.
This is the second time that a gas pipeline project in the country will be funded by the Government.
In 2016, the Government provided a capital grant of Rs 5,176 crore, or 40 per cent of the project cost of the 2,655-km Jagdishpur-Haldia and Bokaro-Dhamra (JHBDPL) gas pipeline project, which GAIL is currently executing.
GAIL is also laying a 750-km line from Barauni to Guwahati as part of the Rs 12,940 crore JHBDPL project, which is also known as the Pradhan Mantri Urja Ganga' project. This is proposed to be connected to the North-East via the Indradhanush grid.
All other pipelines in the country have been funded by public or private sector companies.
Pradhan said the project is critical towards implementing the Government's Hydrocarbon Vision 2030 for the North-East.
The vision envisages the development of the region by leveraging its hydrocarbon potential, enhancing access to clean fuel and accelerating the growth.
"About 20 per cent of India's natural gas production comes from the North-East. Out of about 75 million standard cubic meters per day of gas output, 15 mmscmd come from North East," Pradhan said. "Currently Assam, Arunachal Pradesh and Tripura have established gas production potential while there are possibilities for the same in Nagaland and Manipur."
The funding support to the gas grid is a part of a broader goal of the Government to raise the share of natural gas in the country's energy mix to 15 per cent by 2030 from current 6.2 per cent.
The Government has envisaged developing the National Gas Grid. At present, about 16,788 km natural gas pipeline is operational and about 14,239 km gas pipelines are being developed to increase the availability of natural gas across the country.
"Quantum of viability gap funding (VGF) would be capped at 60 per cent of estimated project cost and would not be linked with upward capital cost variation," an official statement issued after the CCEA briefing said.
For effective monitoring of the project implementation, a committee comprising of officials from Ministry of Petroleum & Natural Gas, Department of Expenditure, Ministry of Development of North East Region, Ministry of Environment, Forest & Climate Change, and Department of Fertilizers, may be formed, which would periodically review the progress in its implementation and take steps to smoothen out any issues in execution.
Pradhan said the gas pipeline grid will be developed in the eight States of the North-Eastern region -- Arunachal Pradesh, Assam, Manipur, Meghalaya, Mizoram, Nagaland, Sikkim and Tripura.
The capital grant will provide natural gas supplies to various types of consumers and would help in substituting liquid fuels. "The pipeline grid would ensure reliability and uninterrupted natural gas supplies to the consumers which otherwise gets severely affected due to various reasons in this part of the country," the statement said.
"Availability of natural gas across the region is expected to boost industrial growth without impacting the environment and would offer better quality of life to the people in general due to use of cleaner and green fuel," it said, adding the move will boost exploration and production of gas in the region and help in early monetisation of natural resources.
Possibility of installing bottling plants for LPG can be explored for reducing transportation cost, it said, adding the uninterrupted supply of LPG and other value-added products can be ensured in the region which will bring energy security to the people in the area.