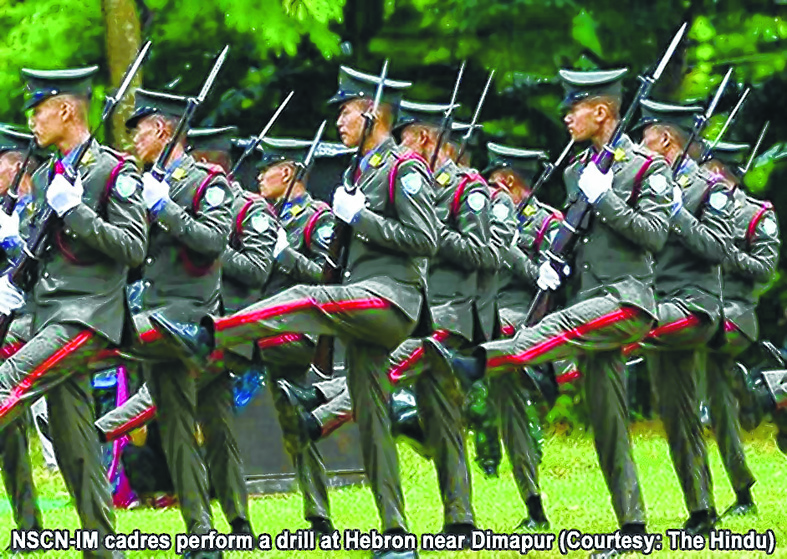 NEW DELHI, Dec 30
The National Investigation Agency (NIA) filed a charge sheet against five NSCN (IM) members for alleged extor-tion and criminal intimidation of various companies under-taking road construction projects in Manipur.
The Isak Muivah faction of the National Socialist Council of Nagaland (IM), one of the largest Naga groups, signed a Framework Agreement on August 3, 2015 to end the decades-old Naga issue and is currently engaged in negotiation with the Intelligence Bureau (IB).
The NIA filed the charge sheet in a Dimapur Court in a case the agency registered on July 5 under various Sections of the IPC and the anti-terror UAPA.
The accused are Rayilung Nsarangbe, Lamci Iralu, Zingshongam Muinao alias Ruth Chawang and Ram-ningle Pame.
“The case relates to the recovery of Rs 1,58,72,800 along with illegal arms, ammunition, explosives, and incriminating documents, from the residential premises of SS Col. Rayilung Nsarangbe of NSCN (IM) and his wife Ruth Chawang,” the NIA said in a statement.
Well-organised racket
The agency said the investigation revealed well- organised extortion racket by the NSCN (IM) involving criminal intimidation of various companies undertaking road construction pro- jects in Manipur.
“The developmental funds of the Government have been illegally diverted in an organised manner and collected by NSCN (IM) operatives through extortion by committing a terrorist act punishable under UA(P) Act.
“Investigation has further revealed that the NSCN (IM) has also laundered the proceeds of terrorism into various financial instruments and real estate investments in the process of layering of the extorted fund.
“Accused Ramningle Pame is an elected member of the Autonomous Council of Tamenglong, and has been assisting NSCN (IM) in collection of the extortion amount demanded by them,” the NIA said.