Accord after NSCN (I-M) cadres return from Myanmar : Report 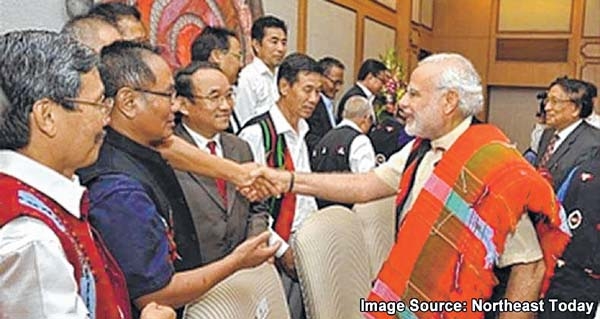 GUWAHATI, Feb 10
The Centre wants all NSCN (I-M) leaders, who are still holed up in Myanmar, to return to the country before signing the Naga peace accord, a February 6 report of The Times of India stated.
“The Government’s policy has been clear from the beginning that it does not want to leave any man behind. There are more than 100 NSCN (I-M) cadres still in Myanmar and the NSCN (I-M) leadership has been asked to recall all of them before the agreement is signed,” a source involved in the peace dialogue told TOI.
Myanmar has recently started pushing out Indian insurgents groups from its soil. The most recent return was that of 50-odd cadres and leaders of National Democratic Front Boroland (Saoraigwra). Within weeks, the group joined three other NDFB factions and signed the Bodo Peace Accord with the Centre and the Assam Government on January 27.
The Government has also told the two rival parties in the peace process- NSCN (I-M) and the Naga National Political Groups (NNPG), a conglomerate of seven Naga groups - to come on one platform. “The Naga civil society is looking to bring all groups together. The two groups have to name their representatives who will sign the accord. It will be just one  accord,” the source said. The Government concluded separate dialogues with NSCN (I-M) and NNPG.
The Naga groups, which have been waiting for a peace settlement since the talks were winded up last October, are happy about the signing of the Bodo accord, but wonder if their time would come soon.
The NSCN agreed to have dialogues with the Centre in 1997 and a Memorandum of Understanding (MoU) was signed on November 18, 2002 at Milan in Italy with the Centre, which agreed to lift the ban on the outfit under the Unlawful Activities (Prevention) Act. However, since then the political dialogue has continued for over two decades with the only positive step so far being the signing of the Framework Agreement on August 3, 2015.
On the day the Bodo accord was signed, the “Widows Federation” of NSCN (I-M) sent a letter to Prime Minister Narendra Modi as a “reminder to you of your commitment to solve Indo-Naga political issue”.
“During the last 72 years of Naga political struggle and 23 years of Indo-Naga political talks, our hearts have cried for the final solution because we have seen enough of fighting and killings. But you will agree with us that it is time to say ‘enough is enough’. No more fighting, no more killing and let there be no more widows and fatherless children. Under you dynamic leadership, please make violence a thing of the past,” they wrote.
“For your unfailing commitment, Indo-Naga history is in the making where your name would be recorded as a man who solve the longest revolutionary political struggle in Southeast Asia,” they added. Nagaland Post