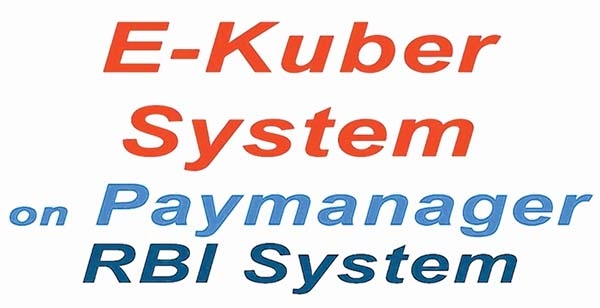 By Our Staff Reporter
IMPHAL, Feb 11: Chief Minister N Biren has today launched RBI’s core banking solution, e-Kuber at the Chief Minister’s Secretariat, Babupara here.
Briefing media persons after launching the RBI core banking solution, Biren said that the existing system of Government involves payments through banks after bills are passed by the treasuries.
He further claimed that such payment system has many shortcomings, including delay in fund transfer to the payee’s account, problems in accounting due to multiple stakeholders involved and difficulties in cash flow management of the Government.
The Government rolled out the e-Kuber payment system of RBI in all treasuries and sub-treasuries of the State to replace the existing system for the purpose of Government payments following the successful trial of the same payment system on a pilot basis at Imphal East Treasury from January 6 this year.
Biren then stated that the introduction of the e-Kuber in all treasuries across the State will resolve the shortcomings faced by the Government in payments through banks to a great extent.
There will be no role of banks in Government payments and the RBI will act as the sole agency/bank and all Government transactions for payment will be directly done through RBI, without any intermediary bank, he continued.
The Chief Minister also maintained that integration of TreasuryNet with the e-Kuber payment platform is the logical way forward saying that TreasuryNet has also been brought online as a web-based integrated system accessible by all treasuries,
“For the purpose of receipts in Government treasuries, the existing system of deposit in the Government account through challan shall continue for some more time. Customization of e-GRAS (Government Receipt Accounting System) software to be used for the receipt part, is being done and is likely to be operationalized within three months”, Biren added.