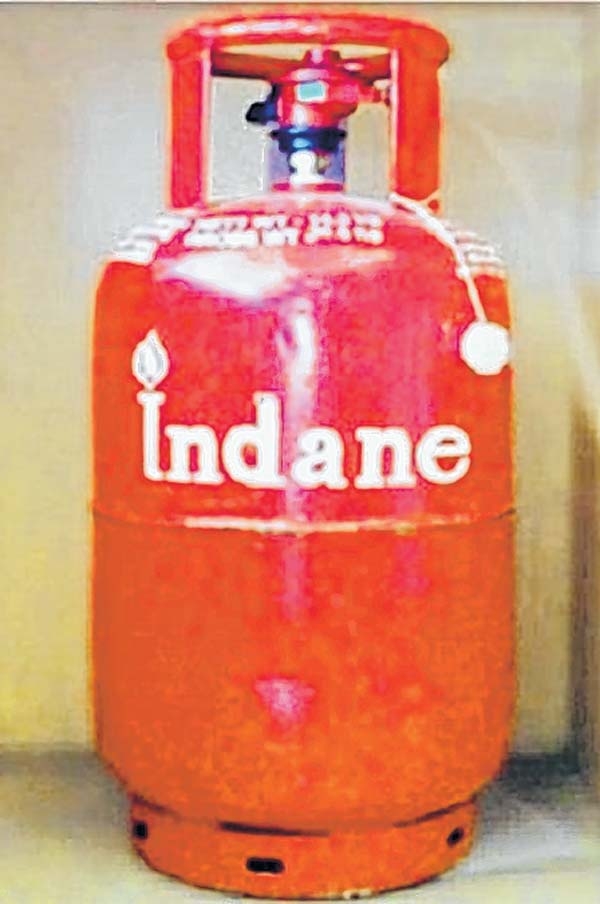 Delhi/IMPHAL, Feb 12
Cooking gas LPG price on Wednesday was hiked by a steep Rs 144.5 per cylinder due to spurt in benchmark global rates of the fuel.
But to insulate domestic users, the Government almost doubled the subsidy it provides on the fuel to keep per cylinder outgo almost unchanged.
LPG price was increased to Rs 858.50 per 14.2 kg cylinder from Rs 714 previously, according to a price notification of State-owned oil firms.
This is the steepest hike in rates since January 2014 when prices had gone up by Rs 220 per cylinder to Rs 1,241.
Domestic LPG users, who are entitled to buy 12 bottles of 14.2-kg each at subsidised rates in a year, will get more subsidy.
The Government subsidy payout to domestic users has been increased from Rs 153.86 per cylinder to Rs 291.48, industry officials said.
For Pradhan Mantri Ujjwala Yojana (PMUY) beneficiaries, the subsidy has increased from Rs 174.86 to Rs 312.48 per cylinder.
After accounting for the subsidy that is paid directly into the bank accounts of LPG users, a 14.2-kg cylinder would cost Rs 567.02 for domestic users and Rs 546.02 for PMUY users.
The Government gave out 8 crore free LPG connections to poor women under PMUY to increase coverage of environment-friendly fuel in kitchens.
Normally, LPG rates are revised on the 1st of every month but this time it took almost two weeks for the revision to take place - a phenomenon which industry officials said was due to approvals needed for such a big jump in subsidy outgo.
Others said the decision to defer the increase could have been because of Assembly elections in Delhi. Delhi voted on February 8.
Speaking to The Sangai Express, an official from IOCL stated a domestic LPG will now cost Rs 1014 and added that for now, there is no concrete reason/explanation behind the sharp price hike of the LPG cylinders.
Explaining that such price hike are usually due to reasons like increase in import cost or increase in taxes, the source admitted that there is no information yet as to why the price has increased this time. It may be mentioned that following the price revision of LPG cylinders by the Central Government on February 1, 2018, the price of a 14.2 kg non subsidized LPG cylinder rose from the earlier price of Rs 793 to Rs 862.
On the other hand, one of the LPG distributors based in Imphal told The Sangai Express that the sharp increase in price of the 14.2 kg domestic LPG cylinder will seriously affect the consumers of the State, most importantly the poor people who are under the Pradhan Mantri Ujjwala Yojana scheme.
The distributor explained that the number of LPG consumers in the State increased because of the scheme and added that due to the revised pricing, almost half of the consumers under the scheme will not be able to afford the cylinders.
The distributor conveyed that according to the Government, the consumers of the said scheme is to be given the 5 kg domestic LPG cylinders.
However, no one wants to take the 5 kg ones. On the other hand, the price is similar to the subsidy provided per cylinder,  the distributor explained.
PTI and Our Staff Reporter