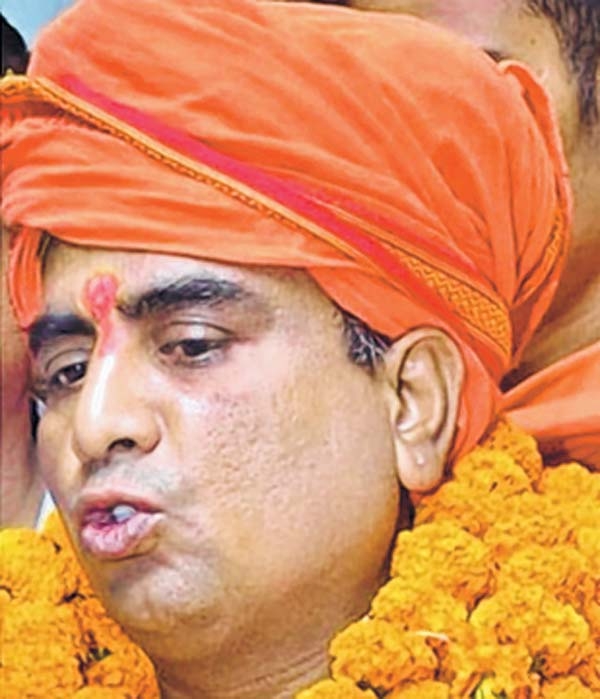 Lucknow, Feb 2
A Vishwa Hindu Mahasabha leader was shot dead by two bike-borne assailants in Lucknow’s posh Hazratganj police station area on Sunday morning in Uttar Pradesh. Gorakhpur resident Ranjeet Bachchan, who is the foun-ding head of the fringe outfit, was out on a morning walk with his cousin brother Aditya Srivastava  when the two unidentified men stop-ped them and shot near the Globe Park ahead of Luck-now’s Parivartan Chowk.
While Bachchan died at the spot, his cousin was shot in the arm, police said. The armed men tried to snatch mobile phones from the two, according to the police, but the motive behind the shooting is being investigated.
“Today morning a person named Aditya Srivas- tava informed us that he was on morning walk along with his cousin brother (Ranjeet) ahead of the Parivartan Chowk. There some persons covered in shawl stopped them from behind, put a pistol on them and snatched their mobile phones. In this scuffle the assailant fired a shot. Bullet hit Ranjeet Bachhan who fell on the ground while Srivastava suffered a bullet injury in his left arm. So far we have information that Ranjeet and his wife Kalindi Sharma Bachhan have been living in OCR building,” said Lucknow Joint Commissioner of Police (Law and Order) Naveen Arora.
Bachchan, police said, was previously associated with the Samajwadi Party and had participated in the party events.
“Between 2002 and 2009 he participated in Cycle Yatra all over India started by the Samajwadi Party, and as per his wife, Ranjeet was even awarded on national level for his good work. We have also been informed that later he formed an organization with the name Vishwa Hindu Mahasabha and he was the national president. At present he was living in an OCR apartment, which was allotted to him when he did the Bharat Yatra. We have also come to know that there is some family related argument between the husband and wife and there probably is an FIR in Gorakhpur in connection to that. We are confirming that,” Arora added. Express News Service