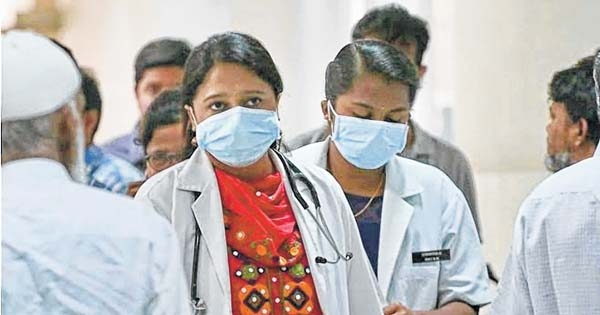 Thiruvananthapuram, Feb 2
Even as India is carrying out a massive evacuation of its citizens from Wuhan in China, a second positive case of Novel Coronavirus has been detected in Kerala.
“Second positive case of Novel Coronavirus patient, has been reported in Kerala. The patient has a travel history from China. The patient has tested positive for Novel Coronavirus and is in isolation in the hospital. The patient is stable and is being closely monitored,” the Union Health Ministry said in a statement Sunday.
Kerala Health Minister K K Shailaja said the second patient is in Alappuzha.
“The second patient returned from Wuhan on Jan 24. He is stable. He is also a medical student,” she said at a press conference.
The State Government has raised the level of alert after the detection of the second case. The Government has readied 100 isolation wards in case of any emergency. Isolation wards opened in private hospitals also. From Monday, the Government plans to launch awareness sessions in all schools in the State.
Kerala’ Health Ministry said no personal information can be divulged as per the World Health Organisation (WHO) emergency guidelines.
On Saturday, the State Government had said that the country’s first coronavirus-infected patient, a woman who returned to Kerala from China last week, was recovering fast.
According to a medical bulletin the first patient who is also an isolation ward in the Thrissur medical college hospital, was responding well to treatment.
Kerala has mounted a huge operation where 1793 people are under observation while 50 have been admitted to different hospitals. Health authorities have also alerted Kolkata international airport, where the woman spent four hours in transit after landing on December 23 before taking a flight to Kochi.
On Saturday, an Air India aircraft evacuated 324 Indians from Wuhan and flew them to Delhi. They were taken to two quarantine facilities. Officials later said one of the evacuees has shown symptoms of being affected by the virus.
Those quarantined will be observed for any signs of the infection for at least two weeks by a team of doctors and staff trained at the facilities.
The coronavirus death toll in China has gone past 300 while more than 14,000 cases of infections have been reported. The WHO has warned that other countries need to be prepared in the event the disease spreads among their populations.                                                       Hindustan Times