Law Ministry notifies panel for delimitation in State, 4 others 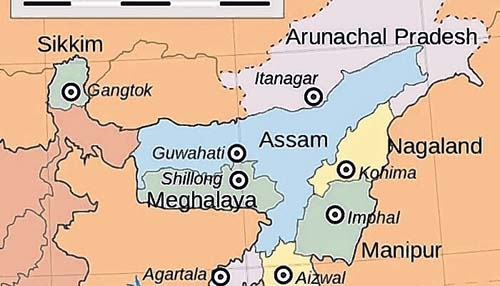 New Delhi, Mar 7
The Law Ministry on Friday notified the delimitation commission for Jammu and Kashmir, Assam, Arunachal Pradesh, Manipur and Naga-land. The three-member commission will be headed by former Supreme Court Judge Justice Ranjana Prakash Desai.
Chief Election Commissioner Sunil Arora has no- minated Election Commissioner Sushil Chandra as his representative on the commission. The third member will be the Election Commissioner of the State or Union Territory concerned.
Delimitation is the act of redrawing boundaries of Lok Sabha and Assembly seats to represent changes in population and is done on the basis of the last Census. Home Minister Amit Shah, while announcing reorganisation of the State of Jammu and Kashmir into the Union Territories of J&K and Ladakh, had said delimitation of Assembly constituencies of the erstwhile state would be carried out on the basis of the 2011 Census.
According to the J&K Reorganisation Act passed by Parliament last year, “…the number of seats in the Legislative Assembly of Union Territory of Jammu and Kashmir shall be increased from 107 to 114, and delimitation of the constituencies may be deter- mined by the Election Commission.”
Notably, 24 of the total seats in J&K remain perennially vacant as they are allotted to Pakistan-occupied Kashmir. The reorga- nisation Act also says Lok Sabha will have five seats from the Union Territory of J&K and Ladakh will have one seat.
Last week, President Ram Nath Kovind also cleared the decks for the resumption of the delimitation exercise in Assam, Arunachal Pra-desh, Manipur and Naga- land.
The delimitation in 2002, in which only boundaries of constituencies were readjusted, was completed in all States, except Arunachal Pradesh, Assam, Manipur and Nagaland. When the exercise began in these States in 2002, the use of 2001 Census was challenged by several organisa- tions before the Gauhati High Court on the ground that it was riddled with defects.
There was also a fear among the tribal community in Arunachal Pradesh, Manipur and Nagaland that the delimitation exercise would change the composition of their seats and eventually hurt their electoral interests. Soon, violence erupted and the Delimitation Act of 2002 was, consequently, amend-ed on January 14, 2008, to empower the President to postpone exercise in these states. On February 8, 2008, Presidential orders were issued to defer delimitation in Arunachal Pradesh, Assam, Manipur and Nagaland, while it went on in the rest of the country.
The order issued by the Legislative Department of the Law Ministry last week said, “It appears that the circumstances that led to the deferring of the delimitation exercise” in Assam, Mani-pur, Arunachal Pradesh and Nagaland “have ceased to exist and that the delimitation of the constituencies as envisaged under the Delimitation Act, 2002 could be carried out now.”
The delimitation commission is expected to wind up the exercise in a year’s time. The Indian Express