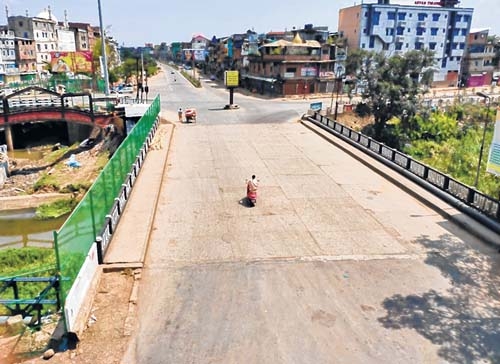 New Delhi, May 10
As India enters last week of the third phase of the lockdown, which is sche- duled to end on May 17, PM Narendra Modi will hold another meeting with State Chief Ministers via video-conference on Monday after- noon at 3 pm. This will be his fifth meeting with CMs to discuss post-lockdown strategy.
Although Covid-19 cases are doubling at a faster pace at present, the general sentiment in the Government appears to be against rolling back the relaxations towards a gradual un-lockdown.
As per the Health Ministry dashboard, positive cases increased from 39,980 on May 3 to 62,939 on Sunday — the number of deaths also rising within the week from 1,301 to 2,109. May 3 was the last day of the second phase of the lockdown.
While extending the lockdown till May 17, the Government had announced considerable relaxations in green and orange zones, including movement of private and public transport within a State, and further opening up of the economy. The Government also allowed private offices to function with 33% strength as well as standalone liquor shops in red zones, barring containment areas.
On Saturday, the Health Ministry had decided to deploy more Central teams to 10 States that have “witnessed/are witnessing high case load and high spurt”, including Gujarat, Tamil Nadu, Uttar Pradesh, Delhi, Rajasthan, Madhya Pradesh, Punjab, West Bengal, Andhra Pradesh and Telangana. Earlier, 20 teams of public health experts had been deployed to high-case-load districts.
At the same time, a Government source said, “Though cases are increasing, the discussions in the system are about post-lockdown activities. Diffe- rent Ministries are planning required action points.” Another source highlighted that the informal group of over a dozen Ministers, chaired by Rajnath Singh, to guide the administration on people’s issues has virtually finished its job. “While earlier meetings used to be about lockdown challenges and how to deal with them, the high-level meetings are now about what to do next,” said a source, referring to a series of meetings, on edu- cation, power, financial sector, agriculture, civil avia- tion sector among others, chaired by Prime Minister  Modi. The Indian Express