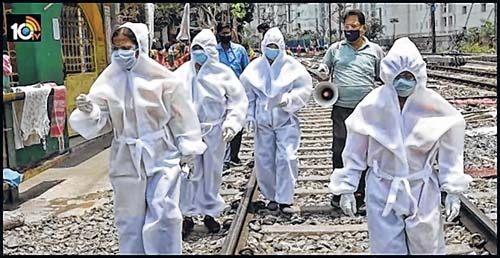 Pune, May 16
It might still be early days, but several States seems to be experiencing a second wave of novel Coronavirus outbreak. States like Kerala, Himachal Pradesh, Assam, Goa had either stopped reporting new cases, or were reporting very few. In the last couple of days, however, there has been a noticeable rise in these States.
For over a month, Goa did not have a single case. All the seven people, found infected in the last week of March, had recovered and gone back home. In the last two days, eight new cases have been discovered, and all of them are people returning to the State from other places. Similarly, all 41 patients in Himachal Pradesh had recovered by the first week of this month, but in the last one week or so, 34 new cases have been detected.
Kerala had not completely stopped reporting new cases, but these were mostly in single digits, and on some days not at all. On Thursday, however, Kerala detected 26 new cases that was the highest since March 30. Another 16 cases were added on Friday. In the last three days, 52 cases have been detected in the State, which now has 576 confirmed infections. Again, it is the people returning from other places who are adding to the numbers. In Kerala’s case, 22 among those returning from the Gulf countries in the latest round of evacuations of Indians stranded abroad have tested positive. Some returning from other States have also tested positive.
Assam has reported over 40 cases in the last one week, after most of its earlier lot of 45 patients had recovered.
As people still being on the move, these numbers are likely to rise in the coming days. Returning working population has been behind the rapid increase in cases in States like Odisha, Bihar, Telangana and Andhra Pradesh as well. That is the reason that several States have been reluctant to allow more trains to be run.
Meanwhile, on Friday, the total number of confirmed cases in India went past that of China where the disease has originated. China, which has a total of 84,649 cases, has all but stopped adding new cases for the last two months now, while India has been detecting almost 4,000 cases every day for the last few days. China had reached 80,000 cases on March 1, but after that new infections slowed down dramatically, almost coming to an abrupt halt. Just about 4,500 cases have been detected in the two and a half months since then. Incidentally, leaving aside the three infections discovered in Kerala in late January, India had detected its first Coronavirus case well after China had crossed the 80,000 figure.
By Friday, India’s Coronavirus numbers had reached 85,681. Of these, at least 31,000 had recovered. The number of deaths in the country is now over 2750.
Interestingly, the total number of cases in Punjab has shown an actual decrease on Friday. This is because about 30 personnel of the Railway Protection Force who had tested positive in Ludhiana have been transferred out of the State’s accounts into the central pool in which other cases like those of evacuees and BSF personnel is also counted. The State had 1935 cases till Thursday, and on Friday, after making the accounting adjustments, this number came down to 1932. This is the first time that such adjustments has led to an actual decrease in a state’s numbers. Before this, a downward revision in Maharashtra’s testing numbers had been made about a week ago to account for the fact that several samples from other states had also been tested in Maharashtra. Courtesy The Indian Express