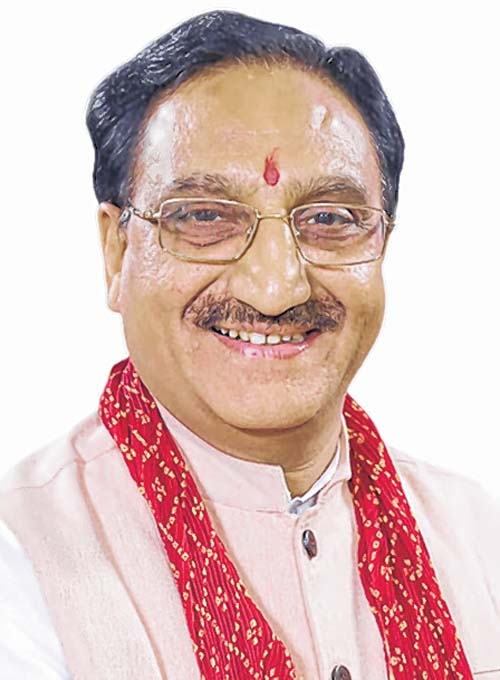 NEW DELHI, May 29
Union HRD Minister Ramesh Pokhriyal Nishank on Wednesday conducted the Live 'Webinar' with over 45,000 Higher Education Institutes and their heads. Various professors have extended their thanks and welcomed the HRD Minister on to this event.
Dr Nishank said that the exams will be held for final year students of universities across the country, others will be promoted based on their internal marks and previous year’s result.
Moreover, the Universities will declare the result for the first and second year’s students on the basis of their previous exams and the internal assessment of this year. The University will consider the average of 50% marks of their previous exams + 50% marks in the internal assessment of this semester.
"First year students will be promoted on the basis of internal assessment while second year students will be awarded marks on the basis on current year's internal assessment (50%) and 50% of previous year's marks. This arrangement will be effective only for those areas where conducting the examination would be difficult considering the safety of the students," said Pokhriyal.
While addressing the heads of around 1000 universities, the Minister said, "Students in the first semester to be promoted based on previous academic records while second-year students will be promoted based on 50% internal marks and 50% on the previous year or semester record. But final exams to take place. If the condition does not improve by July then the new dates will be released soon."
On utilising the lockdown period, the HRD Minister said that around 4,70,000 have downloaded the app for JEE Main and NEET practice. As the time has changed, the Government is now focusing on online education. And we managed to bring our education to the internet and on broadcast channels (Swayam Prabha). Crores of students have used Diksha and ePathshala. Swayam is now the largest platform in the world of its kind, the minister added.  TOI