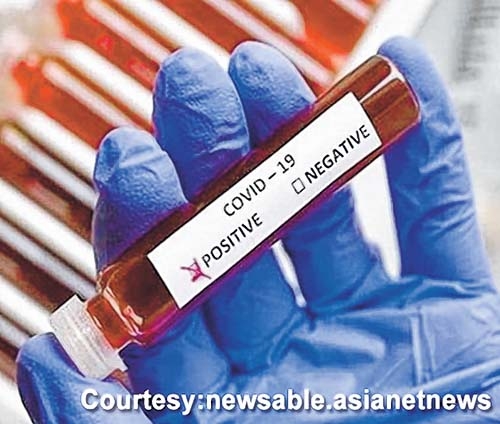 New Delhi, Jul 19
The spike in the number of Covid-19 cases in India has resulted in the community spread of the coronavirus disease, according to the Indian Medical Association (IMA). It also said that the situation is pretty bad in the country.
The number of Covid-19 positive cases has crossed a million mark, making India the third country after United States and Brazil to reach this grim milestone.
“This is now an exponential growth. Every day the number of cases is increasing by more than around 30,000. This is really a bad situation for the country,” Dr VK Monga, the Chairman of IMA Hospital Board of India, told news agency ANI.
He further said that the disease is sreading to the rural areas. “This is a bad sign. It now shows a community spread,” said Dr Monga.
The first to sound this alarm was Kerala Chief Minister Pinarayi Vijayan who had said on Friday that there is a community spread in some places in coastal areas of Thiruvananthapuram district.
The two hamlets identified by Vijayan are Poonthura and Pulluvila, which have seen a rapid increase in the number of contact cases.
The district’s coastal area, stretching from Edava in the north to Pozhiyoor in the south, has been declared as Critical Containment Zone (CCZ) and will be under complete and strict lockdown from Saturday midnight to July 28 midnight, an order from the district Collector Dr Navjot Khosa said.
Dr Monga said the cases are penetrating down into towns and villages where it will be very difficult to control the situation. “In Delhi, we were able to contain it, but what about interior parts of the country in Maharashtra, Karnataka, Kerala, Goa, Madhya Pradesh ?”
There are concerns in States like Andhra Pradesh, Assam, Bihar, Gujarat, Karnataka, Telangana, Uttar Pradesh, and West Bengal but the respective State Governments have maintained that community spread has not started.
The Indian Council of Medical Research (ICMR), meanwhile, said that it is ramping up testing facilities regularly. At present, 885 Government laboratories and 368 private laboratory chains are conducting Covid-19 tests across the country. (Contd P 7)