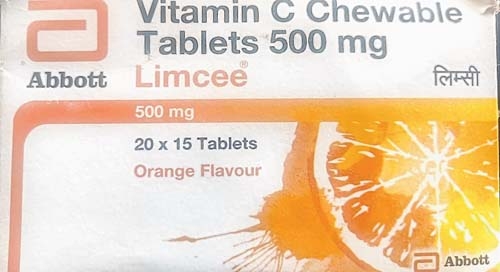 By Our Staff Reporter
IMPHAL, Jul 31: Amid the COVID-19 pandemic, rampant bulk buying of limcee chewable tablets 'to boost body immune system' has resulted in shortage of the tablets in the State.
Almost all pharmacists and chemist chops have run out of stock.
Limcee is a tablet manufactured by Abbot Health AHPL. It is commonly used for the diagnosis or treatment of cell damage, red blood cell production, low levels of vitamin C.
The rampant bulk buying of the limcee tablet in the recent days was triggered by people trying to boost their body immune system amid the COVID-19.
When visiting pharmacies/chemist shops in Imphal East and Imphal West district, this reporter found none had the limcee tablet in stock.
This reporter visited pharmacists at RIMS road, Khwairamband bazar, Bir Tikendrajit Road, Konung Mamang, JNIMS Porompat and some other pharmacies in various localities. Half of the pharmacies at RIMS road were also found shut.
Speaking to this reporter, one of the pharmacists at RIMS road claimed that the shortage of the limcee tablet is caused by bulk buying of the tablets by health institutes, hospitals and individuals. He said the limcee is believed to boost immunity and hence many people came to buy the tablet.
A 15 tablet strip of limcee (500 mg) is sold at Rs 23 and a larger strip of the tablet is sold at Rs 80, he said.
He also claimed that the stockist at Guwahati had recently stopped supplying the tablets.
Manipur Chemists and Druggists Association, secretary Th Dwijamani also backed the claim of the pharmacist and said that the Abbot company in Mumbai had stopped supplying the tablet to the Guwahati stockist some months back. Stating he does not know the reason for halting the supply of the particular tablet, he said that the Guwahati stockist had recently written to the company to resume the supply of the tablet.
The supply is likely to resume and the tablet may reach Manipur within 6 to 7 days time, he said.
He also claimed that the shortage of limcee tablet is caused by bulk buying by hospitals and individuals due to the belief that it boosts the body immune system.