Talks with NSCN-IM back on track : Sarma 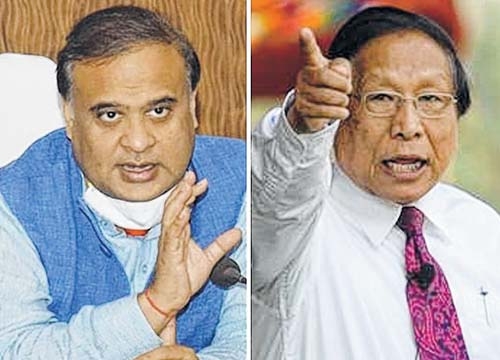 GHY|N DELHI, Aug 19
The convenor of the North East Democratic Alliance (NEDA), Himanta Biswa Sarma, has said that the peace parleys between NSCN-IM and the Government of India are back on track. However, the NSCN-IM has asserted that it will not sign any agreement that affects the freedom of future generations of Nagas.
NSCN-IM declared that any organisation or individual toeing interlocutor RN Ravi’s line is to be classified as anti-Naga. Ravi is also the Governor of Nagaland.
When asked if Nagaland Chief Minister Neiphiu Rio and he had a new role in the Naga peace talks, Sarma said: “We were given some small responsibility, we have accomplished that. They are discussing with the Home Ministry and the dialogue is on track.”
Home Minister Amit Shah had drafted Sarma to defuse the situation politically while officials from the Intelligence Bureau (IB) held parleys with the top leadership of NSCN-IM in Delhi.
The development comes after NSCN-IM accused Ravi of signing parallel agreements to “divide the Nagas”. Ravi had signed a separate accord with the working committee of Naga National Political Groups (NNPGs) in 2017 stating that the Government “recognises historical and political rights of the Nagas to self determine their future in consonance with their distinct identity”.
The Working Committee of NNPGs is a conglomerate of seven rebel groups, other than the NSCN-IM, who are willing to strike a solution without insisting on a separate flag and Constitution –– which is the main point of contention.
The Framework Agreement between GoI and NSCN-IM was signed in August 2015 while a dialogue with NNPGs started in 2017 after which a resolution was finalised on November 17, 2017, with Ravi as the Centre’s representative.
“The two entities have agreed to work out the details of a relationship that is honourable, enduring and an inclusive peaceful co-existence with due regard to contemporary political realities,” it stated.
Irked by agreement with NNPGs, NSCN-IM, recently targeted Ravi. (Eco Times)