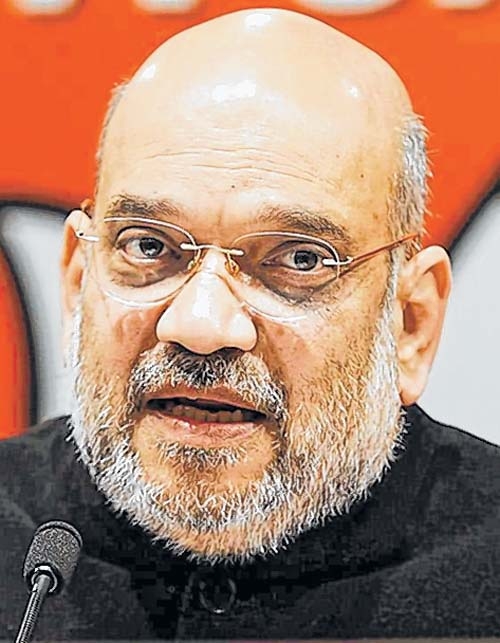 NEW DELHI, Aug 2
Home Minister Amit Shah tweeted on Sunday afternoon that he has tested positive for coronavirus, adding that he is “fine” but getting hospitalised as advised by doctors.
“On getting the initial symptoms of corona, I got the test done and the report came back positive. My health is fine, but I am being admitted to the hospital on the advice of doctors,” tweeted Shah.
The Home Minister also requested those who had come in contact to isolate themselves and get tested.
Officials said that the Minister was present in the last Cabinet meeting. Social distancing was strictly followed along with wearing of masks, they added.
The official underscored that there is a strict protocol at the PM’s residence for last few months.
Soon after the news broke, BJP chief JP Nanda tweeted saying he is praying for the Minister’s speedy recovery.
Former Congress chief Rahul Gandhi, West Bengal CM Mamata Banerjee and an host of BJP leaders wished the leader a quick recovery.
In the lead-up to today, the Minister has maintained a busy schedule and has been active on social media.
On Saturday, Shah addressed the Indian Council of Cultural Relations (ICCR) online conference on freedom fighter Bal Gangadhar Tilak, marking 100 years since his death on August 1, 1920.
The Minister also welcomed the first batch of Rafales that arrived in the country this week.
On July 24, the BJP’s newly elected Rajya Sabha MPs from Manipur, Leishemba Sanajaoba, called on Shah.
On July 21, the Minister received a delegation of the National Backward Classes Commission (NCBC) under the under the leadership of Bhagwan Lal Sahni.
Madhya Pradesh Chief Minister Shivraj Singh Chouhan, another big BJP leader, is presently recovering in a hospital after he tested positive for coronavirus.
Earlier today, UP Cabinet Minister for Technical Education Kamal Rani Varun succumbed to Covid-19 at the Sanjay Gandhi Postgraduate Institute of Medical Sciences in Lucknow.
In May, there was a lot of buzz around Shah’s health, at the time the Minister took to Twitter to dispel rumours, adding he has been preoccupied with his work and has no ill feelings for those who have been spreading such misinformation.
Hindustan Times