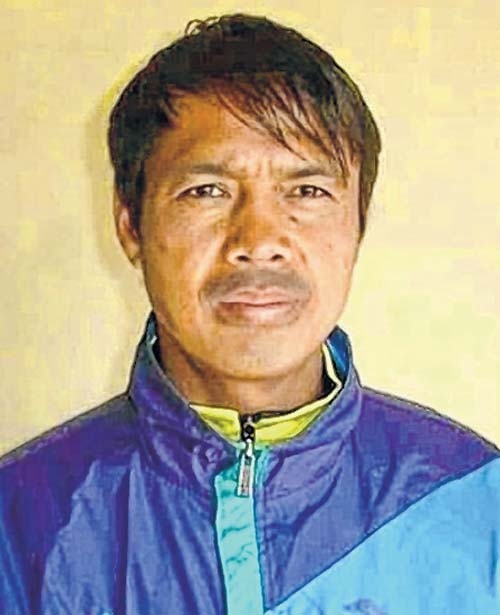 By Our Sports Reporter
IMPHAL, Aug 9 : Former India international footballer Laishram Manitombi Singh passed away yesterday at around 11 pm at his residence at Achanbigei Mayai Leikai.
He is survived by his wife and a 10 year old son.
The defender, born on June 10, 1981 started his career at Army Boys and also played for Services for two seasons at the beginning of his career. He later donned the jerseys of Air India, Salgaocar FC and Kolkata giants Mohun Bagan.
Along with his friend Tomba Singh, Manitombi was a household name amongst the Green and Maroon loyalists between 2003-2005. He won several accolades during that period with the Kolkata club.
Manitombi represented the Indian National team and was part of the Indian squad at the Busan Asian Games in 2002. He was also a member of India U23 side which under the tutelage of Stephen Constantine had won the historic LG Cup in 2002. India had defeated Vietnam in their own backyard to win their first ever International tournament since 1971 (not counting SAFF Cup).
He had been playing in the Manipur State League since 2012, first for NEROCA FC, whom he helped win the maiden League title in 2014. He then joined Manipur State League defending champions, Anouba Imagi Mangal (AIM), in the 2015-16 season.
Post retirement, he joined former Manipur State League champions AIM as their head coach.
Praful Patel, President, All India Football Federation, sent his condolence message: “It is sad to hear that Manitombi Singh is no more. I share the grief.”
Kushal Das, general secretary, AIFF said, “Manitombi was a talented footballer and full of energy. May his soul rest in peace.”
Debjit Singh, a former teammate of Manitombi Singh, expressed his grief on the player's death. He said, "It is a terrible news. He was junior to me and it is just sad to hear about his death. It has been a terrible year and I am tired of hearing death news.
"We played together in the national for two years. We played in the Asian Games and then won the LG Cup. He was a very nice boy and very obedient. We will surely miss him."  (with inputs from agencies)