NPP will field candidates in by polls : Conrad Sangma 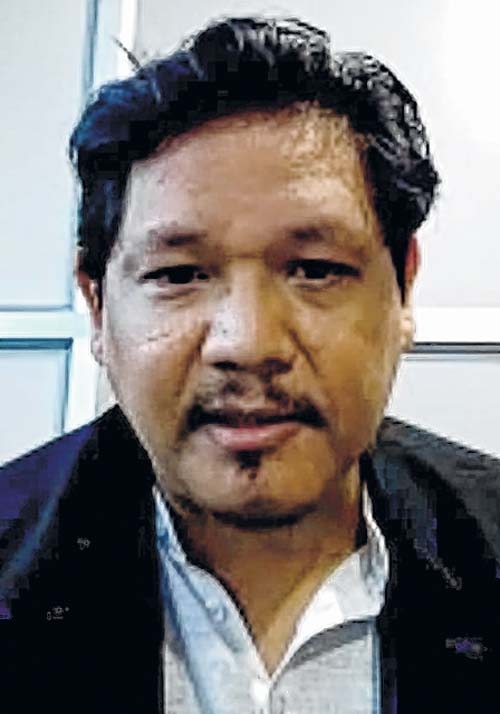 By Our Staff Reporter
IMPHAL, Sep 13: NPP would field candidates in the by-election to the vacant seats of the 11th Manipur Legislative Assembly but there has been no discussion yet on seat sharing or forging any pre-poll alliance, asserted NPP president and Meghalaya Chief Minister Conrad K Sangma.
Speaking to media persons online this afternoon, Conrad Sangma informed that NPP has started selecting candidates for the by-election which is likely to be notified by the Election Commission of India soon.
Although the number of seats against which NPP would field candidates has not been determined yet, the party would put up candidates in most of the vacant Assembly seats, he said.
As many as 13 seats of the Manipur Legislative Assembly are currently vacant following resignation by some MLAs and disqualification of some others.
To a query, the NPP president said that the party has not yet considered about seat sharing or forging pre-poll alliance.
NPP fought the last general election on its own but this time it is by-election, Conrad Sangma said.
Although it is not yet time to talk about seat sharing and forging pre-poll alliance, the party has been exploring all options. But no concrete decision has been adopted yet, he said.
He said that NPP must do some home work before taking any step regarding seat sharing and pre-poll alliance.
The NPP president informed that the matter has been referred to the party’s Manipur State Committee.
Notably, all the four NPP MLAs of the State are Cabinet Ministers in the BJP-led coalition Government.
A high-voltage political drama unfolded when all the four NPP MLAs withdrew their support from the coalition Government. They renewed their support to the coalition Government only after direct intervention of Conrad Sangma and NEDA convenor Himanta Biswa Sarma.
Conrad Sangma said that he came Imphal to discuss with NPP leaders of Manipur about the by-election and organisational matters of the party.
The NPP president also inaugurated an office of the party’s Manipur unit.
Clarifying the controversy surrounding election of NPP Manipur unit’s new president, Conrad Sangma  said that the tenure of the last batch of office bearers including the president expired about a month ago.
As per the party’s constitution, the National president can either extend the term of the incumbent office bearers or an interim president can be appointed until an election is held.
It was in this line that N Kayisii was appointed interim president, he said.
At the same time, election of office bearers of the party’s State unit should be done under supervision of the central election authority.
But all these procedures were overlooked and preparations were made for election  of new office bearers. Even as a show cause notice was served giving 10 days to explain their action, no convincing reply was received. Subsequently, the former president of NPP Manipur unit and some members were expelled from the party, Conrad Sangma said.
He further clarified that the man who is currently claiming to be president of NPP Manipur unit is longer associated with the party in any manner.