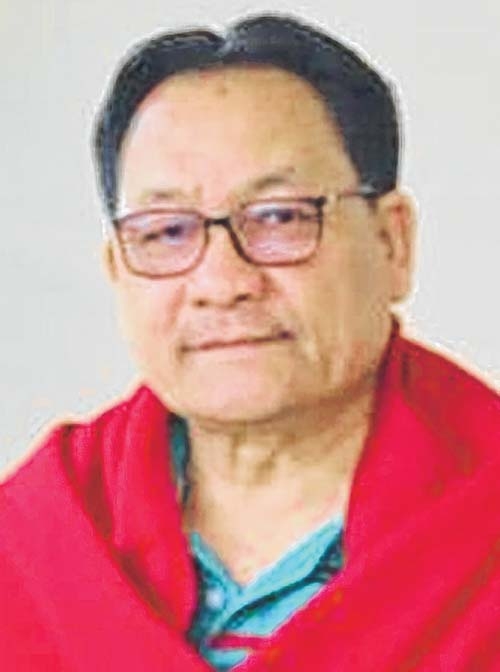 By Our Staff Reporter
IMPHAL, Sep 13: Haokholet Kipgen who contested the last State Assembly election on BJP ticket in Saitu AC is poised to fight the by-election which is likely to be held in November.
Notably, Haokholet Kipgen was BJP National vice-president (North East in-charge) when he contested the last State Assembly election held in March 2017 and he is holding the same post even today.
Speaking to The Sangai Express, Haokholet Kipgen said that he would fight for the Saitu Assembly seat on BJP ticket in the forthcoming by-election.
Interestingly, Ngamthang Haokip who was elected from Saitu AC in the last State Assembly election on Congress ticket has resigned and joined BJP and he is working to retain Saitu Assembly seat, this time as a BJP legislator.
As such, a tense battle is likely for BJP ticket between Ngamthang Haokip and Haokholet Kipgen, and BJP leaders have to choose either one of them.
On being enquired about the matter, Haokholet Kipgen claimed that he has already talked with BJP leaders to allot party ticket to him.
Haokholet Kipgen is incidentally a former Cabinet Minister in Manipur and is the president of Foundation for Environment and Economic Development Ser- vices  (FEEDs), Hengbung in Kangpokpi district.