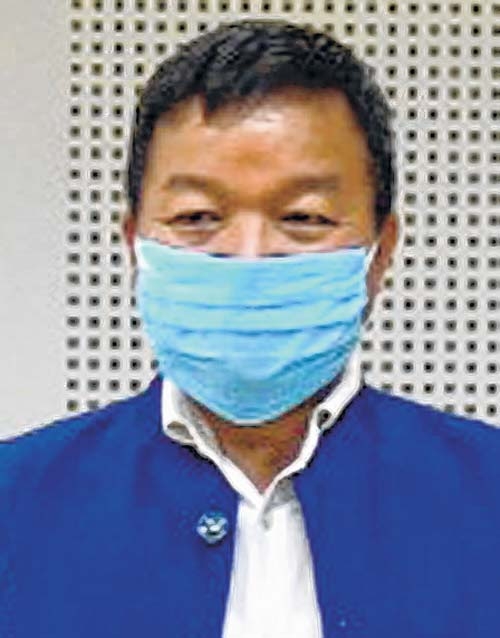 IMPHAL, Sep 16: Phungyar AC MLA K Leishiyo  has been elected unopposed as the Chairman of Hill Areas Committee (HAC) and the Assembly Secretary has issued a notification to this effect today.
The appointment of the NPF MLA and former Member of the HAC as the new Chairman was stated in Bulletin Part-II, Number 58 published by the Assembly Secretary.
Despite the Congress having 7 Hill Area Committee members, the Phungyar AC MLA was the only candidate who filed the nomination paper for the post of the Chairman and was thus elected unopposed.
The post was lying vacant after former Chairman of the HAC, former Henglep AC MLA, TT Haokip resigned as an MLA recently.
Speaking to media persons after being elected, K Leishiyo thanked all Members of HAC for the support and trust on him.
Saying that it is one of the most important Constitutional posts for hill areas, he maintained that he will try his best to utilise the power and functions of the HAC, promote affinity between hills and valley people and reduce the disparity in development.
Even as the HAC is not able to functional properly with corresponding rules of the Parliament Act of 1972 not streamlined properly till date, its (HAC) role comprises of election of Members of Autonomous District Councils, looking after its power and function, forest, sanitation, water supply, jhum regulation, customs and traditions, promote unity and love between hill and valley people and other aspects related to the hills, he said.