NE to be business destination of India post COVID-19: Jitendra 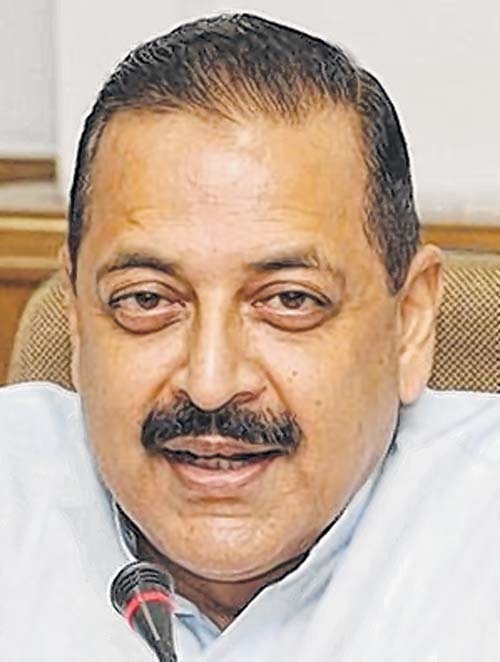 NEW DELHI, Sep 19
DoNER Minister Jitendra Singh on Friday said that North Eastern Region will be one of the favourite business destinations of India post-COVID-19 and Bamboo is going to be the key pillar of the economic activities.
“Many business houses are looking at the North Eastern Region to exploit its vast agro-farming resources and we should not miss this opportunity,” said Dr Singh on the occasion of the World Bamboo Day.
He was addressing two separate Webinars organized by the Cane and Bamboo Technology Centre (CBTC) and the Confederation of Indian Industry (CII) respectively.
Describing Bamboo as a silver lining in the dark clouds of the pandemic, Singh said that it will help in shaping the economy of North East and the entire country in the post COVID era.
“It will also herald a new momentum for Prime Minister Narendra Modi’s clarion call of Atmanirbhar Bharat by focussing on Vocal for Local”.
He said that the sensitivity with which the Modi Government views the importance for the promotion of bamboo is evident from the fact that it has amended the century-old Indian Forest Act by taking homegrown bamboo out of the purview of the Forest Act, in order to enhance livelihood opportunities through bamboo.
He also welcomed the decision of the Central Government to raise the import duty by 25 per cent on raw bamboo items. He said this will help the domestic bamboo industries like furniture, handicrafts and Agarbatti making in a big way and promote the use of bamboo as a building material.
Singh said that time has come for the National Bamboo Mission to take a big lead to make bamboo a common man’s utility item and unlock the huge potential in this sector in the North-Eastern region. He said the region could become the new engine of New India with bamboo as a useful fuel.
The Minister also informed that viability funding from the Ministry of DoNER for start-ups have caught the imagination of youths in the NE region and it is fast becoming an attractive option for the youth of the country.
Singh informed that three bamboo clusters will be developed in the Jammu region in the vicinity of Katra, Jammu and Samba towns for making of bamboo basketry, agarbatti and bamboo charcoal which will provide direct employment opportunities to about 25,000 people.
“Apart from this a mega bamboo industrial park near Jammu, Bamboo Technology Training Centre will also come up in the region within two years of the allotment of land by the UT of J&K administration,” he said.
He said, the Cane and Bamboo Technology Centre will take up technical collaboration and partnership with the Government of Jammu and Kashmir (UT) for setting up of common facility centres, cane and bamboo technology parks, cane and bamboo industrial parks, FPO, clusters & hi-tech nurseries on BOT (Build-Operate-Transfer), turnkey basis with their funding support as the case may be in due course.                        NE Now