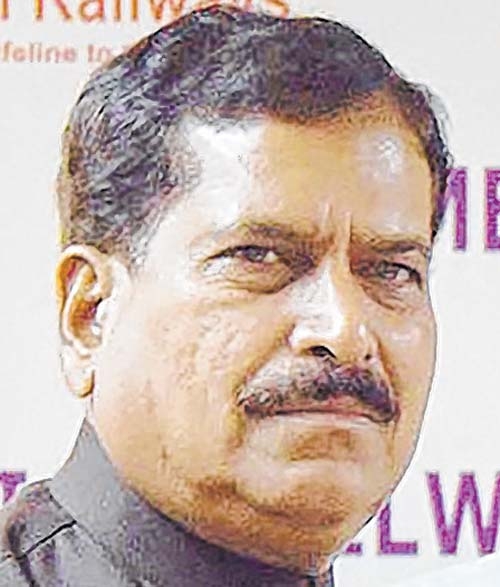 New Delhi, Sep 23
Minister of State for Railways Suresh Angadi died of COVID-19 in New Delhi on Wednesday. He was 65-years-old.
Suresh Angadi had tested positive for COVID-19 on September 11 and was initially asymptomatic and said he was "doing fine". The BJP MP was later admitted to the dedicated COVID-19 facility at the AIIMS Trauma Centre where he passed away.
He is the first member of the Union Cabinet to succumb to coronavirus. He is also the second member of Parliament from Karnataka to die of COVID-19 after BJP Rajya Sabha MP Ashok Gasti, who passed away last week.
Suresh Angadi was a four-time Lok Sabha MP from Karnataka's Belagavi Constituency, elected in 2004, 2014 and 2019.
Born in the Koppa village of Belagavi, Suresh Angadi obtained a law degree from the Raja Lakhamgouda Law College in the district. He is survived by his wife and two daughters.
After news of MP Suresh Angadi's death broke, condolences poured in for the Minister from across party lines.
Prime Minister Narendra Modi remembered Suresh Angadi and said he was "an exceptional karyakarta".
"Shri Suresh Angadi was an exceptional Karyakarta, who worked hard to make the Party strong in Karnataka. He was a dedicated MP and effective Minister, admired across the spectrum.
His demise is saddening. My thoughts are with his family and friends in this sad hour. Om Shanti," PM Modi tweeted sharing a photo with Suresh Angadi.
Condoling his death, Karnataka BJP MP Rajeev Chandrashekhar tweeted, "Tragic terrible sad news of Karnataka BJP leader and minister Suresh Angadi passing away."
Senior party colleague Shobha Karandlaje also tweeted a tribute to Suresh Angadhi saying that it was a sense of personal loss for her.
"Shocked beyond words that our leader, good friend, very hardworking and humble Union Minister for Railways Sri Suresh Angadi Ji is no more! For me it's a sense of personal loss, May his soul attain sadgati!" she wrote.
India Today