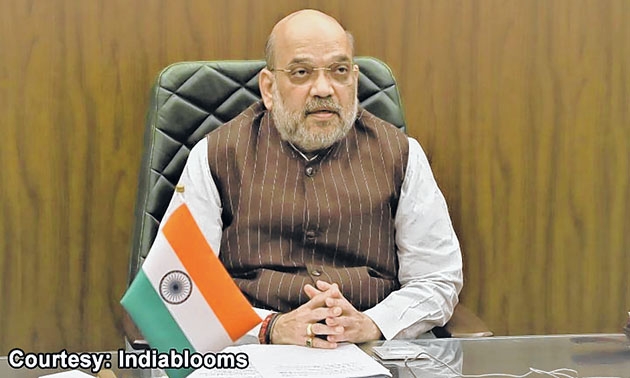 New Delhi, Oct 13
Led by Union Minister Amit Shah, the BJP held a meeting at its war-room in Delhi to discuss the coming round of State elections early next year. Five States are expected to have Assembly elections in February and March--Punjab, Goa, Manipur, Uttarakhand and Uttar Pradesh.
The party already rules in four States barring Punjab and they are hoping for a comfortable comeback in at least three. The only possible challenge is expected to lie in the huge, politically crucial State of Uttar Pradesh.
Several months ago, the BJP had to put in its best efforts to quieten the murmurs of dissent against Chief Minister Yogi Adityanath, one of its most prominent leaders. But no sooner than allies like Apna Dal and a section of its own leaders fell in line, Lakhimpur Kheri happened.
Two days ago, senior BJP leaders from the State had met party chief JP Nadda in Delhi. The agenda of the four-hour meet, sources said, was the possible fallout of the events of October 3--the running over of four protesting farmers allegedly by Ashish Mishra, the son of Union Minister Ajay Mishra.
The UP BJP leaders also met with the senior leaders of the Rashtriya Swayamsevak Sangh--the party's ideological mentor --in Delhi and discussed the upcoming Assembly polls.
Ajay Mishra, the junior Home Minister, has not resigned yet and there were indications that the party--under huge pressure from the Opposition and farmers' groups--might explore its options and decide on the road ahead, sources had indicated.
For the party, the big question was whether the Brahmins – who are already upset over the appointment of a Thakur to the Chief Minister's post after the 2017 elections--would be upset if Ajay Mishra, one of their community, resigns.
The BJP, which is backing Yogi Adityanath for a second term, has been trying hard to gain back the favour of the community, which while comprising only 11 per cent of the electorate, is politically crucial. The BJP has chalked out a plan to hold 100 programmes in 100 days for Uttar Pradesh.
These will include public meetings to rope in various castes and communities, door-to-door campaigns, identification of the beneficiaries of different Central and State Government schemes and Youth conferences.  NDTV