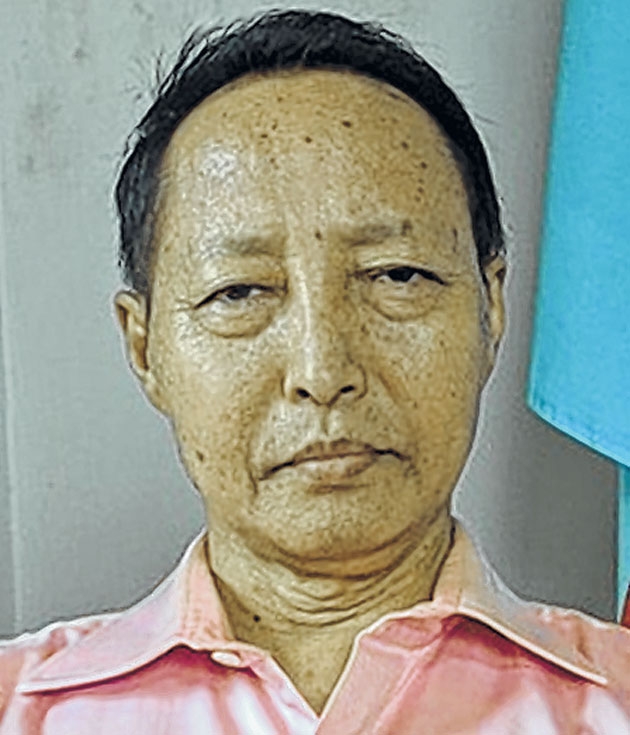 Newmai News Network
DIMAPUR, Oct 13 : V Horam, a prominent NSCN (IM) leader, passed away at Dimapur today due to a certain illness. He was reportedly under medication for a long time. He died in a hospital early Wednesday.
V Horam was a soft spoken NSCN (IM) leader who was known for his oratory skill and articulation.
Condoling his death, NSCN (IM) chairman, Q Tuccu said that Horam’s demise was a great loss for the Nagas. “The vacuum created by his demise shall be difficult to be filled,” he said.
V Horam joined the NSCN (IM) in 1989 “with full commitment and conviction”, according to chairman.
Meanwhile, in a press release, NSCN (IM) said that V Horam, Executive Member of the Steering Committee of the organisation “is no more with us”. He died this morning after a prolonged treatment in a hospital in Dimapur.
V Horam hailed from Tusom CV village under Wung Tangkhul Region (WTR). “We have lost a great, charming and courageous leader, a role model with a big hearted commitment and dedication for the Naga Nation,” said the NSCN (IM).
According to the statement, besides being an upright leader, he was noted for discharging his “National duties” with remarkable zeal and fidelity. He died young, but his legacy will continue through his deeds and sacrifices, said the NSCN (IM). “His legacy will stand as an example to all of us to persist in our pursuit tirelessly. The passing away of V Horam will be an enormous loss not only to his family but to the Naga Nation he loved and cared so much about,” the statement added.
With his demise a huge vacuum has been created and he has left a gap too wide to be filled, the NSCN (IM) stated. It also said that V Horam was a true son of the soil and “we give our revolutionary salute to him for what he was for the NSCN and for Nagalim.” He was a dynamic leader, loved and admired by many for his affable personality and insatiable passion for the Naga political movement, the statement added.
The NSCN (IM) said, “We express our heartfelt condolences to V Horam’s wife and family members. May God give them the strength to carry on ! No one could deny that Horam was not only a true Nationalist but a devoted husband and father. May God bless the family Horam has left behind! It is our prayers that God will grant the soul of VHoram a peaceful rest”.
Also condoling the demise of V Horam, Rengma Naga People’s Council of Rengma Hills in Assam has expressed grief. The Rengma organization said that V Horam was an eloquent and inspirational figure and a tall leader who had rendered his service to the Naga people with great diligence in different capacities within the NSCN (IM). “In him the Naga Nation has lost a precious son of the soil leaving a void which will be hard to fill. His worthy contributions to the Naga National and political cause will be fondly remembered by the Naga people,” the Rengma body added.