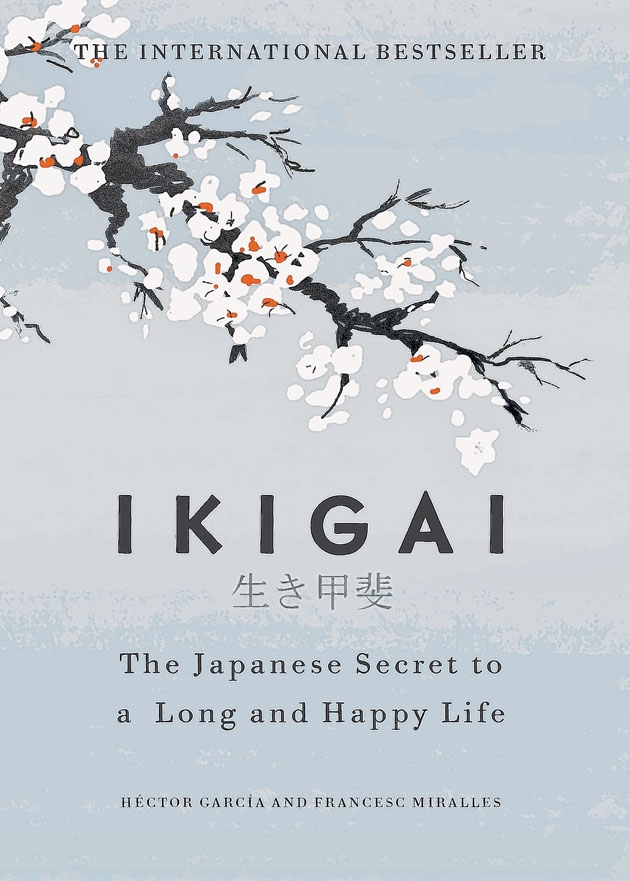 K Rajeshwar Sharma
Like any other Manipuri parent who takes pride in sending his son or daughter to a ‘boarding school’ at a hill-station outside Manipur, I sent my son to a reputed school at Ooty, a hill-station in the Nilgiris. Our journey to Ooty from Imphal is a cocktail of flights and bus-rides that lasts almost twenty-four hours. During each of the journeys, I used to read a book- a novel or a personal development book.
On my last trip to Ooty in March 2019 when my son gave his Indian School Certificate Examination, I read a book called Ikigai: The Japanese Secret to a Long and Happy Life. It is a personal development book that became an international best-seller. As its title suggests, Ikigai is about finding the meaning and purpose of life that enables the Japanese in Okinawa to live more than a hundred years with good health and happiness. During the three-month long lockdown, I read it again for the second time. It is so tempting that I can’t help reading Ikigai again and again.
Ikigai was originally written in Spanish by Hector Garcia and Francesc Miralles, and published in English by Penguin Books in 2017. One of the authors, Hector Garcia is a former software engineer and a Japanese citizen though he was born in Spain. Ikigai has brought these two writers together in their efforts to find out the meaning of this mysterious Japanese word, and how it helps many of the Japanese in Okinawa celebrate their hundredth birthdays.
The word, Ikigai is as mysterious as the meaning of life is. It can be interpreted in many ways. In their efforts to find out what really Ikigai is, the authors arrived at Ogimi, a village in Okinawa, ‘where there are 24.55 people over the age of 100 for every 100,000 inhabitants – far more than the global average’. Ogimi, nicknamed as ‘the Village of Longevity’, has the highest life expectancy in the world. They wonder whether Ikigai has something to do with the diet of these Japanese centenarians.
“Okinawa Diet” is so popular that it is discussed more often at every panel on nutrition than any other diet. Besides potatoes, legumes, tofu and rice, their ‘primary food’, the Okinawans eat varieties of fruits and vegetables every day. It consists of red peppers, carrots, spinach, cauliflower and eggplant. They take less sugar and salt. ‘Okinawans consume, in general, one-third as much sugar as the rest of Japan’s population’. This means the ‘Okinawa Diet’ has little sweets and chocolates. Seven grams of salt are taken every day in Okinawa, which is half of what the rest of the Japanese consume. Besides vegetables, green tea and shikuwasa, a citrus fruit rich in vitamin C, are widely consumed in Okinawa. Both green tea and citrus fruits are antioxidants that combat aging.
Not only does longevity have to do with diet, but it also has much to do with one’s lifestyle. As one grows old in India, one retires from active life, and becomes a pensioner. Sixty or sixty-five is the retirement age in India. However, in Japan ‘people never really retire – they keep doing what they love for as long as their health allows’. At Ogimi, ‘the Village of Longevity’, people who are over eighty and ninety years old are still highly active. They walk a lot, do Yoga or tai chi and even do karaoke with their neighbours. The western idea of retirement does not exist in Japan, says Dan Buettner, a National Geographic reporter in Japan. Perhaps Ikigai is “the happiness of always being busy” that enables the Okinawans to live beyond their hundredth birthdays.
Happiness depends on health as much as it does on social bonds. Similar to Marup among the Manipuris, there is Moai in Okinawa, which is an informal group of people that help each other. Members of Moai make monthly contributions which are used to organize meetings or parties and to give financial help when one of the members is in financial trouble. With Moai, Okinawans can ‘maintain emotional and financial stability’. In this way, they get happiness by serving their community, which is a part of their Ikigai.
There are many more lessons that one can learn from Ikigai. In the epilogue, the authors have listed ten rules of Ikigai they have ‘distilled from the wisdom of the long-living residents of Ogimi’. In rule six, they advise the readers to smile, for ‘A cheerful attitude is not only relaxing – it also helps make friends’. The authors further advise their readers not to ‘forget what a privilege it is to be in the here and now in a world full of possibilities.’ This reminds me of an American saying, ‘When you have nothing to give, give him or her a big smile.’
With one hundred and ninety four pages, this little book of life is divided into nine chapters along with a prologue and an epilogue. Ikigai is written with lucid sentences that keep the readers away from boredom. Every sentence leaves you with hope, and every page fills you with new knowledge that takes you to the world of James Hilton’s Shangrila.
About the writer:
K. Rajeshwar Sharma, who holds an Msc degree in Information Technology along with an Honours degree in English, is a freelancer aspiring to be a Feature Writer, and a voracious reader. He is a resident of Khwai Brahmapur Nagamapal, Imphal.
The writer can be reached at [email protected]