Fully vaccinated Indians surpass those with just one jab 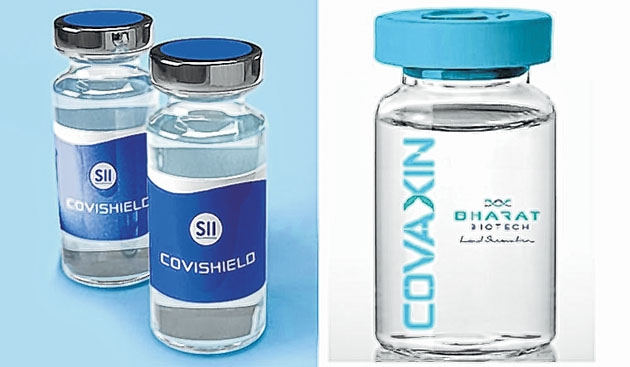 NEW DELHI, Nov 17
In a notable measure of India's vaccination progress, more adults are now fully vaccinated against Covid-19 than those who are just partially vaccinated.
According to the latest figures on CoWin, over 38 crore people have received both doses of vaccine while around 37.5 crore have received just one dose.
This indicates that India is well on its way to complete the second and most important phase of its vaccination programme under which all those who have already received the first dose are now getting fully vaccinated against the virus.
"In a significant achievement to the nationwide vaccination coverage for the country, for the first time the number of fully vaccinated individuals has surpassed those who have been administered only a single dose of vaccine," the Union Health Ministry said in a statement.
Union Health Minister Mansukh Mandaviya shared the news on Twitter, saying the feat has been made possible due to the Prime Minister's vision of 'Jan-Bhagidari' and “Whole of Government Approach”, people's faith and confidence in the Government, and the ongoing 'Har Ghar Dastak' campaign.
The achievement comes just under a month after India reached the monumental milestone of administering over 1 billion vaccine doses.
So far, India has administered over 113 crore doses of Covid vaccine to its eligible population. As per population estimates, India would roughly need to administer 188 crore doses to fully cover all the adults.
Among the big states, Kerala and Gujarat have already fully vaccinated over 40% of their total population. The figures would be higher if we account for just the eligible population, i.e., those who are 18 years or above. Delhi, too, is not far behind.
Heavily populated States like Uttar Pradesh and Bihar have a lot of catching up to do as nearly half their population is yet to receive even a single dose.
When can we expect 100% coverage?
Going by the current rate of vaccination, which is just above 5 million doses a day, India will be able to fully vaccinate all its adults by April 2022.
However, that means the Centre would fall short of its ambitious target of fully vaccinating all the adults by December 31 this year.
With the current pace, only 72.5% of Indian adults will be fully vaccinated by the end of this year. This is based on the latest adult population estimate, which is roughly 94 crore. This means the country would need to administer around 188 crore doses to cover all those who are 18 years old or above. TNN