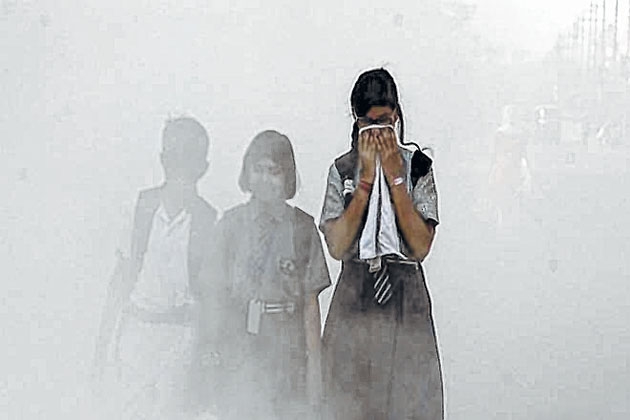 NEW DELHI, Nov 17
The Delhi Government has decided to shut schools and other educational institut-ions, and ban the entry of vehicles from outside, except for essential services, till further orders amid rising pollution levels in the National capital, Environ-ment Minister Gopal Rai announced on Wednesday.
It has also decided to extend work from home for Delhi Government employees and the ban on construction and demolition activities till Sunday.
"A total of 1,000 private CNG buses will be hired to strengthen the public transport system. The process will start Thursday," Rai said at a press conference after a high-level meeting with officials of the department concerned.
Ahead of a Supreme Court hearing on the air pollution issue, the Commission for Air Quality Management late Tuesday night directed that schools, colleges and educational institutions in the National Capital Region will remain closed until further orders, allowing only  online mode of education.
It also said that only five of the 11 thermal power plants located within 300km radius of Delhi will remain operational till November 30. PTI