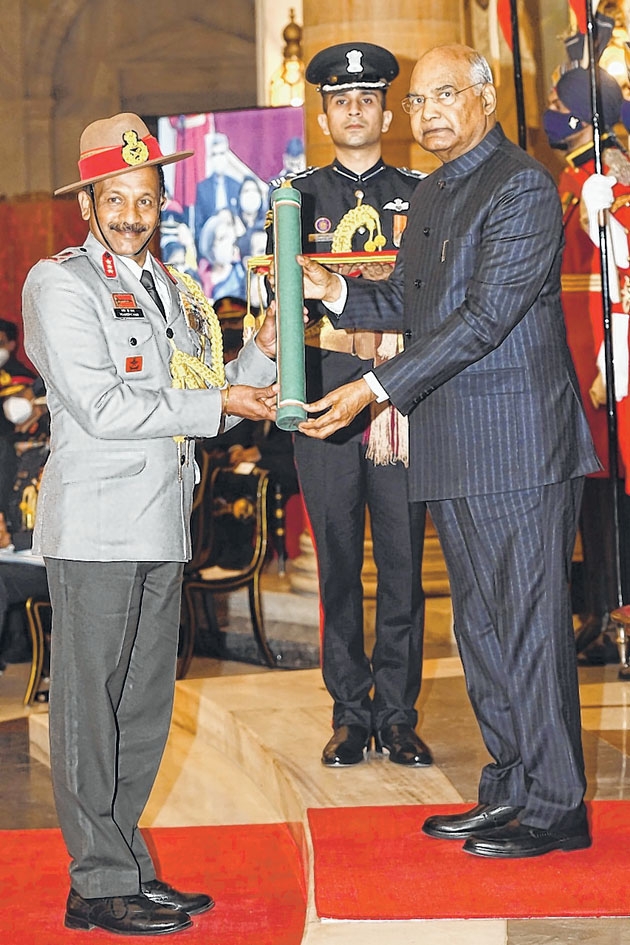 IMPHAL, Nov 23
Lieutenant General Pradeep Chandran Nair, Yudh Seva Medal (YSM), the 21st Director General of Assam Rifles received the prestigious Ati Vishisht Seva Medal (AVSM) from the President of India, Ram Nath Kovind during an investiture ceremony held at New Delhi on November 22.
The DG was honoured with the prestigious award for his successful command as the Inspector General of Assam Rifles (North) in Nagaland, said a statement of IGAR(S).
It may be mentioned that the DG has been decorated with the Yudh Seva Medal during his command of a brigade in Manipur. He has also been commended with the Chief of Army Staff Commendation Card on three occasions.
Lt Gen Pradeep Chandran Nair holds vast combat experience in the North East. He commanded his Battalion (18 SIKH) in Assam, has been a Brigade Commander in Manipur and in the recent past was the Inspector General of Assam Rifles in Nagaland.