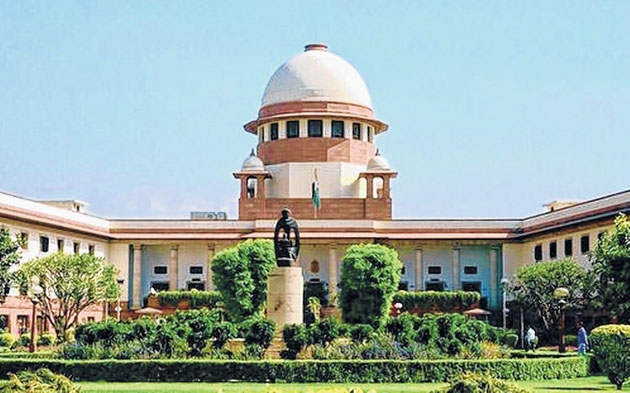 New Delhi, Nov 23
The Supreme Court has asked the Centre to gather information from the States on the progress made on disbursal of compensation of Rs 50,000 to the families of COVID-19 victims and pulled up the Gujarat Government for issuing a notification, constituting a scrutiny committee contrary to its directions.
A bench of Justices MR Shah and BV Nagarathna, which sought to know from Solicitor General Tushar Mehta how many people have got the payment, said he should collect the data from all the States, and a grievance redressal committee should be set up before the next date of hearing on November 29.
The bench was hearing an application seeking quashing of the October 29 resolution issued by the Health and Family Welfare Department of the Gujarat Government, forming a 'COVID-19 death ascertaining committee'.
At the outset, Mehta, appearing for the Gujarat Government, said that an amended resolution has been issued under the Court's direction of November 18 but it also needs some modification.
The bench said it wants to know who has issued the first notification and accountability has to be fixed.
Mehta said he is ready to take responsibility.
Justice Shah asked why the Solicitor General should take the responsibility. The officer concerned, who has drafted the notification, must take the responsibility, the judge said.
Mehta said senior IAS officer Manoj Aggarwal of the State is connected to the virtual hearing and he will assist the Court.
The bench asked Aggarwal as to who had drafted the notification and whose brainchild was the document.
Aggarwal, who is the Additional Chief Secretary, said the file goes through different departments and finally the competent authority gives the approval.
The bench then asked in this case which is the competent authority. Aggarwal replied it is the Chief Minister.
"Your Chief Minister may not know many things? Mr Secretary, you are there for what? If this is your application of mind, then you don't know anything. Do you understand our order? It appears to be a bureaucratic attempt to delay the proceedings," the bench observed.
Mehta said that there are genuine concerns about fake claims being made and that's why a scrutiny committee was constituted to ascertain the claims.
The bench said, "This Court has never asked for the setting up of a scrutiny committee. It will take more than a year for genuine victims to get their claims and get a certificate from the scrutiny committee. Kin of victims are required to come with a certificate from hospitals but which hospital has been giving the certificate for COVID deaths."
The bench said that at least 10,000 people have died according to the data of the State and just because false claims are being made does not mean the genuine persons will have to suffer. PTI