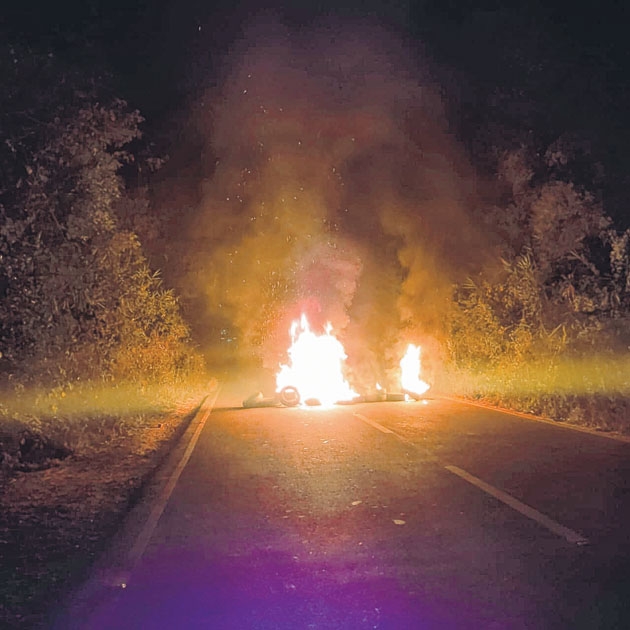 Our Correspondent
Senapati, Nov 24: Volunteers along with leaders of All Tribal Students’ Union Manipur (ATSUM), All Naga Students’ Union Manipur (ANSAM) and Senapati District Students’ Association (SDSA) on Tuesday at around 7.55 pm confronted an Army Convoy, Senapati Police, State Police Commando, IRB, MR and CRPF personnel for escorting goods laden trucks towards Imphal along NH-2 in Senapati DHQ.
District Administration officials and police rushed to the spot to control the situation.
Besides, many goods laden trucks were stoned for alleged violation of economic blockade norms by the volunteers.
It may be mentioned that the indefinite economic blockade was imposed by several tribal student bodies under the aegis of ATSUM following the failure of the Government to table the HAC recommended ADC Bill.