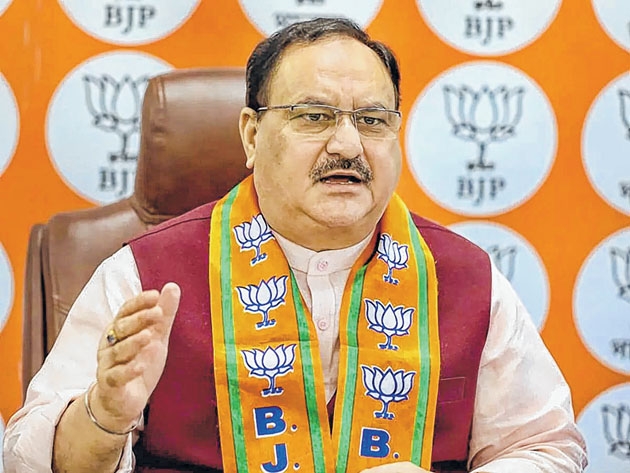 By Our Staff Reporter
IMPHAL, Nov 24: BJP National president JP Nadda would arrive here tomorrow evening on a two-day visit to the State.
Meanwhile, BJP National general secretary (organisation) BL Santosh arrived here this evening.
Soon after landing at Imphal, JP Nadda would hold a meeting with BJP leaders at Classic Grande, Chingmeirong on the 12th Manipur Legislative Assembly election.
The BJP National president would take part in a Go to Village function which would be held within Oinam Assembly segment on November 26.
He would also address an election rally of BJP which would be held at Khongjom on the same day.
He would leave Imphal for Delhi in the evening of November 26.
On the other hand, BJP National general secretary (organisation) BL Santosh who arrived here today on a two-day visit to the State would attend a meeting of the party’s organisation on the State Assembly election  later this evening.
Apart from attending a meeting of the State election committee, BL Santosh would meet Ministers and BJP leaders of the State before leaving for Delhi tomorrow.