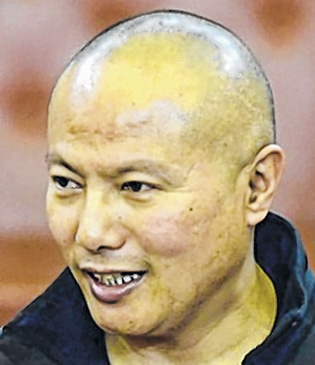 By Our Staff Reporter
IMPHAL, Feb 12: Opposition MLA Alfred Kanngam Arthur has pointed out that police personnel are totally helpless in hill areas as they are not deployed in adequate strength.
Raising a cut motion while discussing a demand for grant pertaining to Police Department in the State Assembly today, Alfred said that there is wide variation in the number of police personnel posted in police stations opened in hill areas.
There are not more than 10 police personnel each at Litan, Shangshak and Ukhrul police stations of Ukhrul Assembly Constituency.
They are totally helpless when there are incidents of firing in surrounding villages or violent brawls among civilians.
In order to enable police personnel discharge their duties properly without any sense of fear, adequate numbers should be deployed and they should be armed with necessary equipment, said the Congress MLA. He then sought attention of the House to deploy adequate strength of police personnel in hills and also to arm them with necessary equipment.
The MLA said that it is essential to provide adequate number of vehicles to each and every police station so that they can maintain law and order within the areas of their jurisdiction.
There are many vehicles at other police stations but police stations opened in hill areas are not provided a single vehicle for years, Alfred said.
Pointing out that Manipur has the maximum number of insurgent groups in the whole country, he asked when would the tripartite talks involving UG groups under SoO, the State Government and the Central Government conclude.
He went on to ask what kind of message the tripartite talk would convey to UG groups which have not yet come to the path of peace talks. The Centre has made it clear that insurgency in Manipur is not a law and order problem but political problem, he remarked.
Noting that tripartite talks involving the State Govt, Central Govt and one Naga CSO on the creation of new districts has completed four years, Alfred urged the Govt to conclude the tripartite talk within the current term and come out with an unambiguous stand on the demand to roll back the new districts.