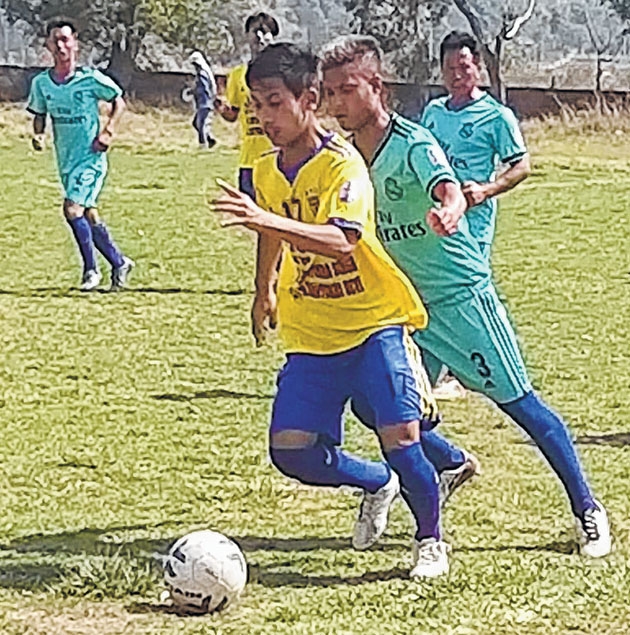 By Our Sports Reporter
IMPHAL, Apr 21 : FSC, Kakching and RFC, Hiyanglam secured full points today to make themselves into the final league round of the 2nd Sh Rakesh Singh Second Division Football League-2021 organised by DSA Kakching.
The first match of the day saw FSC beat FC Kakching Khunou 1-0 courtesy Sukash (32') for the Group A runners up spot and a final league round berth.
Earlier, LMLCC, with two of two wins, emerged group winners and secured the final round ticket.
Later in the day, RFC rode on E Birendrakumar's double (23', 63') to thump KYWAC, Wabagai 2-0 and finish Group B runners up.
FC Kakching Khunou will play KYWAC in a knock out match next on April 23 while the final league round of the group winners and runners up will begin from April 24.