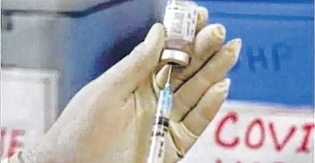 New Delhi, Apr 20
A huge number of vaccine doses have been wasted by some States since India began inoculating people against Covid in January, a Right to Information reply has revealed as several States report a vaccine shortage.
Tamil Nadu reported the highest vaccine wastage of over 12 per cent, followed by Haryana (9.74%), Punjab (8.12%), Manipur (7.8%) and Telangana (7.55%), according to the Centre's response to the RTI query.
Over 44 lakh doses were wasted out of 10 crore doses used by States till April 11.
States that achieved the least vaccine waste are Kerala, West Bengal, Himachal Pradesh, Mizoram, Goa, Daman and Diu, Andaman and Nicobar Islands and Lakshadweep. There was "zero wastage" of doses in these States, the RTI reply said.
Allegations of vaccine shortage have seeded a political row between the Centre and States like Maharashtra, Punjab and Delhi, who allege that their vaccine allocation is less in proportion to the population compared to BJP-ruled States like Gujarat.
The back-and-forth may intensify with vaccinations being opened to all above 18 from May 1, and the Centre announcing that States can buy doses directly from vaccine-makers.
To boost doses, the Government recently fast-tracked clearance for Covid vaccines that have been approved in other countries. Yesterday, top Finance Ministry sources said an advance of Rs 4,500 crore had been given to vaccine-makers in India.
Rs 3,000 crore has been given to the Serum Institute of India, which produces Covishield, and Rs 1,500 crore has been assigned for Covaxin-maker Bharat Biotech, so they can scale up production of vaccines, the sources said.
In the past few days, many States have sent out vaccine SOS but the Central Government has asserted that it is more about mismanagement and waste.
"The problem is of lack of better planning, not of vaccine doses shortage. We have made available vaccine doses to States and UTs from time to time and as we told you earlier that to bigger States we give supply of four days at once and on fourth and fifth day we replenish the supply. For smaller States, at once we supply 7-8 days vaccine doses and on seventh or eighth day their supply is replenished," said Union Health Secretary Rajesh Bhushan last week.
Mr Bhushan said each State Government had to ascertain at cold chain points how many doses were lying unused.
NDTV