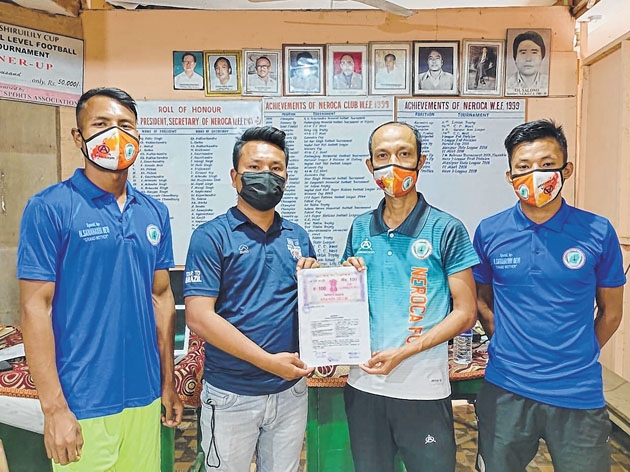 IMPHAL, Apr 25
NEROCA FC has announced the club's exclusive partnership with the Max Sports Academy.
Announcing its partnership, the office secretary of NEROCA FC, Rojit said that NEROCA FC looks to expand its business to other major cities in India through the association with the Max Sports Academy.
The club has been focussing more in Manipur before and it's time to reach out to other States, he said while adding the club could not have got better partner than Max Sports Academy to carry its legacy forward.
With the new partnership deal, Max Sports Academy shall relaunch NEROCA Football Academy, conduct trials and hold training camps in all major cities.
The partnership will also facilitate organising training camp and provide trial opportunities for NEROCA FC players with MSA partner clubs in Spain, Portugal, Croatia and Brazil.