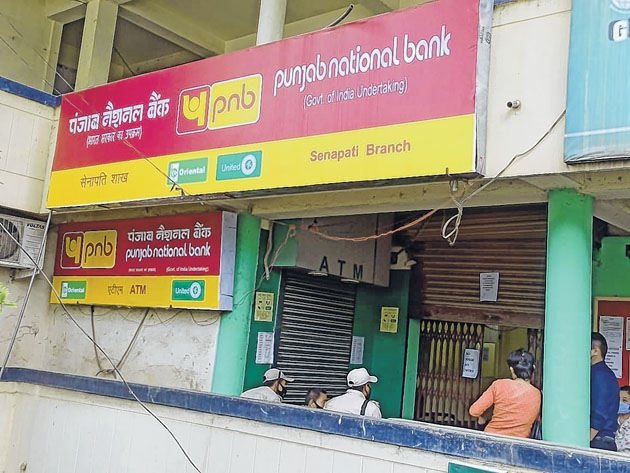 Our Correspondent
Senapati , Apr 29: In an attempted robbery on the night of April 28, unidentified miscreants broke into the Punjab National Bank, Senapati Branch which is situated at Broadway Complex, Senapati.
The incident came to light only when the sweeper of the bank came across the broken lock of the office.
Speaking to media persons, Athokpam Nishikanta Singh, Manager, Punjab National Bank, Senapati Branch stated that he along with some bank officials rushed to the bank and found the 3 locks of the office broken. 2 locks were reportedly taken by the robbers while the other one was left inside the bank office.
The alarm reportedly rang as soon as the unidentified miscreants tried to open the cash box. Terrified by the alarm bell, the robbers left the scene as caught on CCTV inside the bank.
Some neighbours reported that the alarm bell rang for about 15 minutes and stopped at around 3 am.
An FIR has been registered at Senapati Police Station under Section 447/448 of the Indian Penal Code.
It was reported that only one offender came into the bank. One black goggle was found inside the office.
It may be mentioned that upon hearing the news, a team from the District Mobile Forensic Unit, Bishnupur rushed to the spot and appraised the crime scene.
No cash was reported missing from the bank as per bank officials.