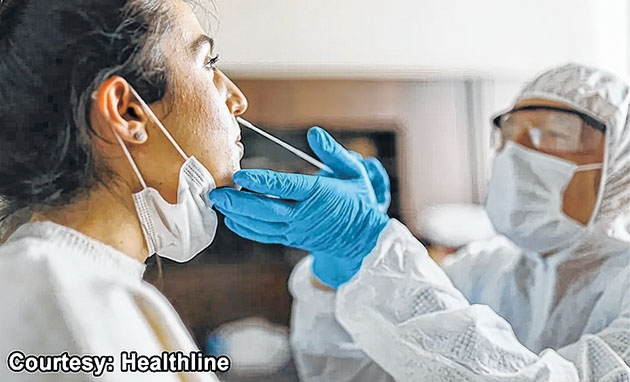 NEW DELHI, May 12
New cases in India saw a slight increase when compared to the day before with 3,48,421 more people testing positive for Covid-19 in the last 24 hours, said the Union Health Ministry on Wednesday morning.
After the surge, the cumulative caseload in the country has risen to 2,33,40,938.
This comes in the backdrop of several States, which were earlier showing a record spike, having started recording a downward trend. Maharashtra, where infections had risen close to 70,000 once, saw 40,956 more people testing positive on Tuesday.
In addition to this, the daily fatalities saw a huge jump in the last 24 hours with 4,205 more people succumbing to the disease. With this, the cumulative death toll in India crossed the grim 2.5 lakh mark and is resting at 2,54,197.
However, on the brighter side, the country saw more discharges than fresh infections with 3,55,338 people being declared cured of Covid-19 in the same duration.
As a result, active cases dipped in India to stand at 37,04,099. The number was 37,15,221 on Tuesday.
The active tally had been seeing an upward trend since February.
India has tested 30,75,83,991 samples for Covid-19 until now, said the Indian Council of Medical Research (ICMR).
Out of these, 19,83,804 samples were tested on Tuesday. This marks an uptick in the testing number as it stood at 18,50,110 on Monday.
Vaccination in India
The country has so far administered 17,52,35,991 anti-Covid jabs.
Amid a shortage of vaccines during the third phase of the inoculation drive, several States are making bids to secure supplies directly from foreign manufacturers.
The Central Government on Tuesday advised States to prioritize beneficiaries who are due for their second dose of Covid-19 vaccine and dedicate a minimum of 70% of the allocated vaccines from the Centre for the second dose.
Vaccination of all adults, which started on 1 May, is a crucial part of India’s strategy to combat the pandemic.
Spread of India variant
The World Health Organization said Wednesday that a variant of Covid-19 behind the acceleration of India's alarming surge has been found in dozens of countries all over the world.
The UN health agency said the B.1.617 variant of Covid-19, first found in India in October, had been detected in sequences uploaded to the GISAID open-access database "from 44 countries in all six WHO regions". The variant has been classified as a "variant of global concern", with some preliminary studies showing that it spreads more easily, a senior WHO official had said on Monday. It is the fourth variant to be designated as being of "global concern". The Mint