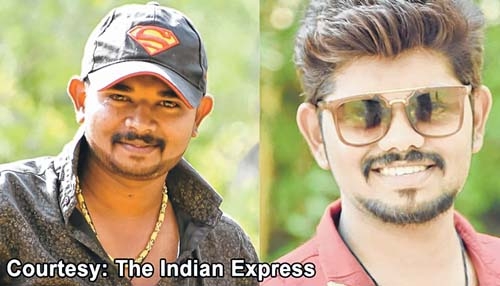 Pune, May 23
In second tragedy of its kind, two young brothers living in the Akurdi area of Pimpri-Chinchwad succumbed to Covid-19 in a span of two days. The duo had no co-morbidity. Their father, who is also undergoing treatment for the virus, is yet to be informed of the deaths.
The two brothers have been identified as Aditya Vijay Jadhav(28) and Apurva Vijay Jadhav (25). Apurva was unmarried while Aditya had married over a year ago and has no kids. Last year in July, three brothers living in the Pimprigaon area in their 50s died of Covid.
According to Hemant Konde, maternal uncle of the two brothers, “Both Aditya and Apurva died within a span of 72 hours. Both were on ventilator support and had Covid pneumonia.”
Apurva was first to be detected with Covid-19 on May 1. “Apurva was working with the anti-encroachment department of PMC. Due to the pandemic, the civic officials had shifted him to PMC’s hospital in Bhavani Peth where we think he might have got infected,” Konde said.
Apurva was admitted to a private hospital in Ravet. “He stayed at home for two-three days. When he started feeling uneasy, we admitted him to the private hospital,” their uncle added.
Later, all his family members – mother, father, brother and brother’s wife – also tested positive.
Konde said that three family members were admitted at Gharkul Covid Care Centre. “When Aditya felt uneasy, he was admitted to Jumbo hospital and a few days later, his father was admitted to YCM hospital,” he said.
Konde said he had visited both the brothers wearing a PPE kit. “Apurva was looking okay initially but later as his oxygen saturation level went down, he was shifted to the ICU and put on ventilator support,” he said.
Konde alleged that Aditya was not looked after properly. “He complained that there was no proper care.
A couple of days later we shifted him to a private hospital in Akurdi where he was put on ventilator support,” he said.
Konde said friends and builders Yogesh Jain and Devesh Jain supported the siblings. “Aditya used to work with the Jain Builders who took care of Aditya’s medical expenses,” said Konde. “But both died in a span of 72 hours. Apurva died on Thursday and Aditya on Saturday,” he said.
Konde said that both the brothers were very hard-working and supported their family through difficult times. “Their father earned a meagre salary. The two brothers worked hard to make ends meet, particularly Apurva who enjoyed his work at PMC. When PMC shifted him from the anti-encroachment department to Covid hospital, he was not scared and did his best,” he said.
Konde said Aditya too was very diligent. “He worked with the local builders who too did everything humanly possible … to save his life,” he said. Both the brothers were cremated at Nigdi crematorium.
“Their father is recovering well from Covid and is likely to be discharged in a day or two. “We don’t know what to tell him…,” said Konde. The Indian Express