Manipur districts to have one Khelo India Centre each 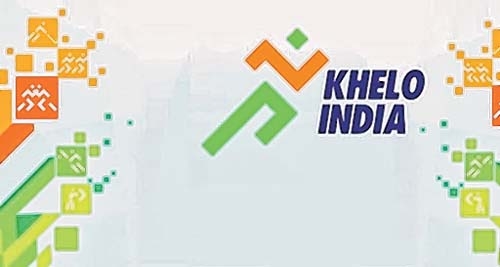 IMPHAL, May 27
As part of the Government’s vision to open 1000 new Khelo India Centres (KIC) in all States and UTs, with at least one KIC in each district of the country, the Sports Ministry has announced the approval of 143 new centres in 7 Indian States last week of which 16 will be in Manipur.
The centres will be spread across Manipur’s 16 districts- Imphal East, Imphal West, Thoubal, Kakching, Chandel, Tengnoupal, Bishnupur, Churchandpur, Pherzwal, Kangpokpi, Senapati, Ukhrul, Kamjong, Jiribam, Tamenglong and Noney.
“Earlier this year, the Sports Ministry had opened Khelo India State Centre of Excellence (KISCE) at Khuman Lampak Sports Complex, Imphal with the aim to identify and provide world class training to athletes in the State in their specialised sports. With these 16 Khelo India State Centres opening in the 16 districts spread across Manipur, I believe we will be able to identify and groom more sporting talents from Manipur who can bring laurels to the State and the Nation,” said T Phulen Meitei, Director, Directorate of Youth Affairs and Sports while speaking on the approval from the Sports Ministry.
The Khuman Lampak Sports Complex in Imphal was chosen as the Khelo India State Centre of Excellence (KISCE) and was virtually inaugurated by Kiren Rijiju, the Union Minister of Sports and Youth Affairs in 2020.
Three disciplines-Archery, Hockey and Weightlifting were selected to be part of the KISCE initially under which one State could have one discipline and weightlifting was declared as the Manipur's discipline, said YAS Director in a press release.
With the 143 new centers approved in 7 States, India will now have a total number of 360 KICs across the country.
These KICs have been launched by the Sports Ministry in partnership with the State Governments to provide grassroot-level sports infrastructure to young sporting talent in different parts of the country, it said.
The KICs will also act as an employment generator for sportspersons from the State as the Government will also be hiring past ‘Champion Athletes’ as coaches and mentors for the young trainees, the release added.
Each of these centres will be given a one-time initial grant of Rs 5 lakh for the preparation and upgradation of infrastructure, sports fields, purchase of equipment, sports kits etc, it continued.