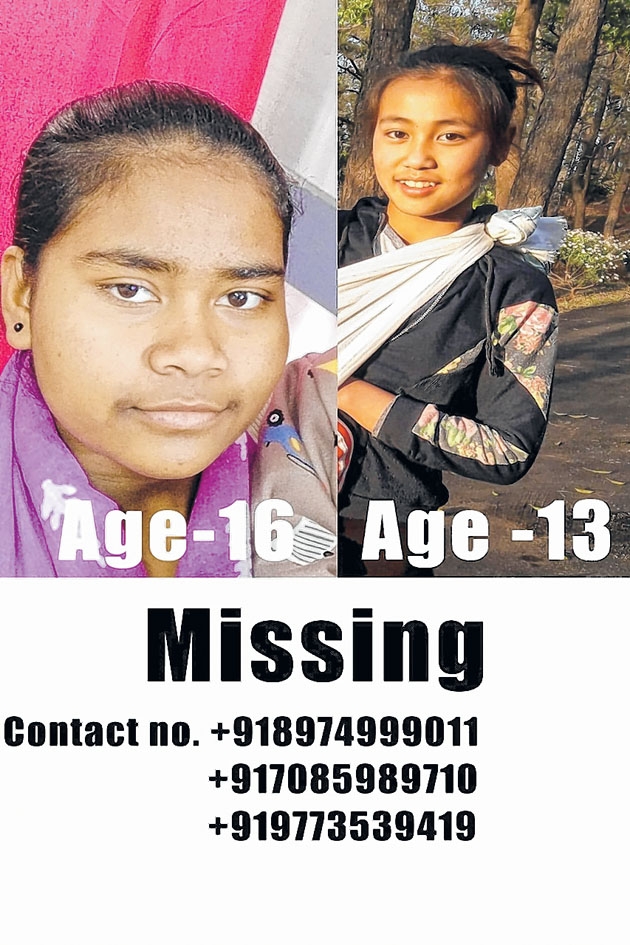 Senapati, May 2
Two minor girls reportedly went missing from Lairouching under Mao Police Station on April 30. The two girls are identified as Raba Teli (15 yrs), d/o Vhim Teli of 38 Assam Rifles, Lairouching and a Mao girl identified as Anthony Hriidziine (15 yrs) from Mao Pungdung but presently residing at 38 Assam Rifles, Lairouching.
A reliable source stated that the duo went missing on April 30 and have remained traceless till date.
Some locals stated that the duo were seen asking how long it takes to go to Dimapur and later saw them leaving in a truck without any intimation to their guardians after which no connection can be made thereafter.
A missing report has been filed at Mao Police Station and a search is underway by the Mao Police.
Family members along with Mao Police carried out joint search operations in the neighbouring villages but no whereabouts of the two missing girls have been received yet.