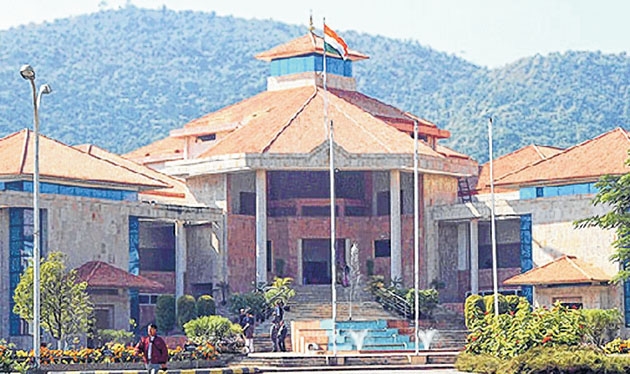 By Our Staff Reporter
IMPHAL, May 7 : A Public Interest Litigation (PIL) has been filed with the High Court of Manipur in connection with the ‘present shortage of oxygen supply in Manipur during the COVID-19 second wave’ and to ensure that there is no dearth of oxygen supply and ICU beds.
The PIL submitted to the Registrar (Judicial) of the High Court of Manipur prayed that the matter be listed before the High Court of Manipur.
Listing the ‘facts leading to the filing of the PIL,’ the petitioner, Naresh Maimom said that with the massive surge in the number of COVID-19 positive cases, there has been acute shortage of oxygen at RIMS, JNIMS and other hospitals in Manipur and cited the recent notification that routine operations of all departments in RIMS would be cancelled with effect from May 1 due to lack of oxygen.
The petitioner prayed that a writ mandamus be issued to the respondent, which in this case is the Union of India represented by the Secretary, Ministry of Health and Family Welfare, to procure sufficient oxygen and make uninterrupted supply of oxygen to the hospitals for COVID-19 patients in Manipur, make sufficient ICU beds available in all the hospitals of Manipur, manage uninterrupted power supply to the local oxygen plants, intervene and get technicians to instal Oxygen Generation Machine at Oxygen plants of Thoubal and Churachand-pur.
Healthcare sector including RIMS and JNIMS has been in crisis ever since the second wave was reported in April, said the PIL and added that with the ever increasing number of positive cases, the number of patients requiring ICU bed and oxygen is increasing day by day.
The petition also pointed out that only three oxygen plants are operating in the State namely JNIMS Oxygen Plant, HVS Oxygen Plant and Manipur Gas Private Limited. Further one plant at Shija Hospital is to be made operational from May 6, added the petition.