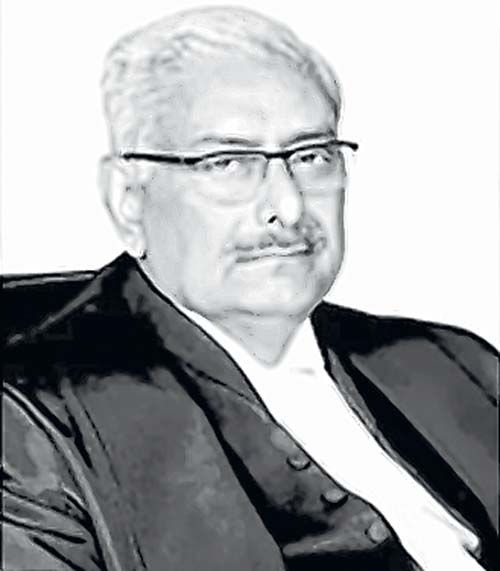 PTI
New Delhi, Jun 2 : Former Supreme Court judge Justice Arun Mishra on Wednesday took charge as the new chairperson of the National Human Rights Commission, officials said.
Justice Mishra, who had created a flutter after praising Prime Minister Narendra Modi at an event last year, is the eighth chairperson of the commission.
Speaking at the International Judicial Conference 2020, he had termed PM Modi as an "internationally acclaimed visionary" and a "versatile genius, who thinks globally and acts locally".
Complimenting the Prime Minister and Union Law Minister Ravi Shankar Prasad for doing away with 1,500 obsolete laws, justice Mishra had said that India is a responsible and most friendly member of the international community under the "stewardship" of Prime Minister Narendra Modi.
Justice Mishra is also the first non-CJI to be appointed to the NHRC chief post since the amendment of the Protection of Human Rights Act in 2019.
The post of NHRC chairperson was lying vacant after justice HL Dattu, a former Chief Justice of India (CJI), completed his tenure early December last year.
"Justice Arun Mishra today joined as the new chairperson of the National Human Rights Commission. Two panel members have also joined," a senior official aid.
Rajiv Jain, former director of Intelligence Bureau, and justice MM Kumar, former chief justice of the Jammu and Kashmir High Court joined as members of the commission, he said.
Justice Mishra, who had become a Supreme Court judge on July 7, 2014, demitted office in September 2020. During his tenure, he dealt with several politically-sensitive cases, and many activists then had opposed the allocation of such cases to him.
Justice Mishra had also headed a bench that had directed in 2019 demolition of illegal flats built on the coastal zone of Kochi's Maradu, in accordance with a time schedule provided by the Kerala government, and also payment of ? 25 lakh as interim compensation to each flat owner.
His predecessor, justice Dattu, had joined the NHRC on February 29, 2016, after retiring as the CJI on December 2, 2015.
Justice Mishra was born in 1955 and after completing his studies, joined the Bar in 1978 and practiced in constitutional, civil, industrial, service and criminal matters, the NHRC said in a statement.
He was elected as the youngest chairman of the Bar Council of India in 1998 and particularly focused on the improvement of legal education, it said.
During his chairmanship, the Bar Council of India decided to close the evening law colleges and also decided that 5-year law course should be started instead of three years course in all the colleges. More than two hundred sub-standard law colleges were closed by the BCI. Also, amount of medical aid to lawyers was enhanced, the rights panel said.
"He was instrumental in the drafting and implementation of Foreign Law Degree Recognition Rules of 1997 under Advocates Act, 1961; Bar Council of India Employees Service Rules,1996 and Rules pertaining to Foreign Lawyers Conditions of Practice in India," it added.
He was appointed Judge of the High Court of Madhya Pradesh on October 25, 1999 and appointed as the Chief Justice of Rajasthan High Court on November 26, 2010 and held the office till his appointment as the Chief Justice of the High Court at Calcutta on December 14, 2012.
Justice Mishra was elevated as a judge of the Supreme Court of India on July 7, 2014 and held the position till his superannuation on September 2, 2020, it said.
"During his tenure as a Supreme Court Judge, he delivered 236 judgements. Out of this 199 were in two judges bench, 32 in three judges Bench and five in five judges bench,'" the statement said.
Prior to his appointment, senior Congress leader and Leader of Opposition in Rajya Sabha Mallikarjun Kharge had written to Prime Minister Narendra Modi dissociating himself from the process of selection of the new chairperson and members of the NHRC.