One dies in 'mob lynching', 2 injured 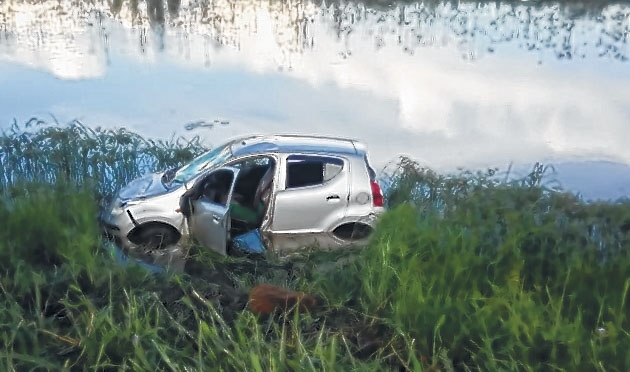 Our Correspondent
Thoubal, Jul 21 : On Tuesday, one man suspected to be a vehicle lifter was 'beaten to death' by a mob at Leisangthem Khong Manung in Thoubal  district while two others sustained injuries.
According to police, the incident took place at around 6 pm.
The deceased has been identified as Md Aboicha @ Riyasad s/o Mani  of Sangaiyumpham Sabal Leikai.
He was rushed to Thoubal District Hospital, but the doctors there declared him brought dead.
The two others who sustained injuries, on the other hand, are Md Ajmir (23) s/o Md Samsur  and Md Zamir s/o Md Mazid Ali. Both of them are residents of  Sangaiyumpham Nungphou.
According to information received from police, the trio attempted to steal one Honda Activa parked  at Khelakhong Mayai Leikai.
On seeing the owner of the moped, the trio fled  in a car (Maruti A -Star) without a registration number. The car met an accident at Leisangthem Khong.
At the accident site, they were beaten 'severely' by people from Khelakhong and Leisangthem Khong who chased them.
On receiving the news, a team of Thoubal police rushed to the site and dispersed the mob. The three suspected vehicle lifters were taken to Thoubal District Hospital for treatments, but the doctors there  declared that Md Aboicha was brought dead.
A case has been registered at Thoubal police station.