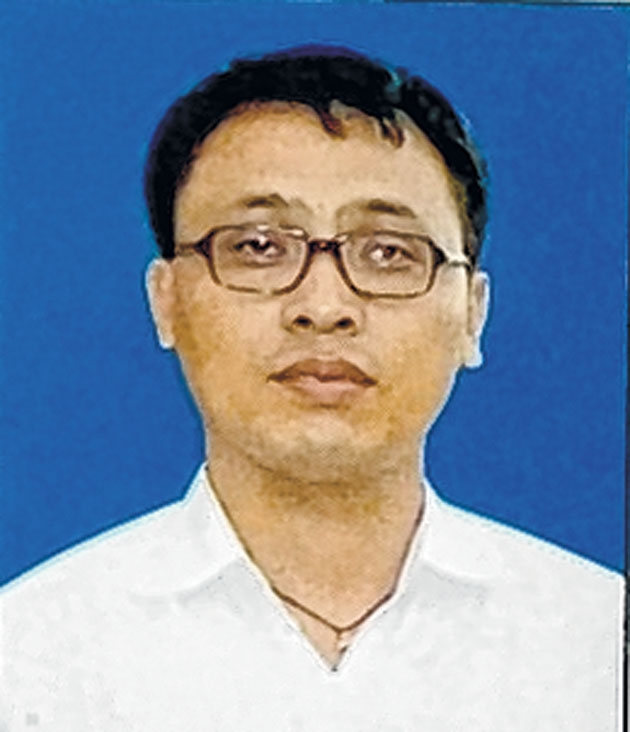 Thangjam Anand Singh
Currently we are in a warlike situation where humanity is fighting with an invisible foe that is likely to be everywhere. Covid-19 pandemic has taken a severe toll on our day to day life. Let us revisit what we know so far of the menace at hand. Covid-19 is caused by a single stranded RNA virus designated as SARS-Cov-2 and it is highly contagious. Although many vaccines were developed recently, none seems to be foolproof and there is no therapeutic agent to cure the disease. In this scenario, the best defence seems to be avoiding the virus by isolating as much as possible and enhancing our own immune system. Apparently two basic activities for increasing immune system are eating good food and light physical exercise. While we can’t ignore the specific roles of the above activities the impact of microorganisms can’t be discounted.
In any given time a “clean” individual has estimated 38 trillion of microorganisms in his body which is 10 times higher than the number of mammalian cells in an adult human. Virus, fungi, bacteria live on every human body surface which is exposed to the environment (for example, skin, eyes) and every body part with an opening to the environment (respiratory and digestive tracts) has communities of microorganisms collectively known as Human microbiome. Most of these are friendly which evolve together with us and train the immune system in recognising “self” and “non self” while few could make us ill. The bacteria living in our guts (Gut microbiome) play a major role in health and immune functions. They help in digestion of food that can’t be digested by us and provide nutrients including some vitamins. 70% of immune activities take place in the gut which is greatly influenced by the gut microorganism.
The friendly microbes compete with invading pathogens for space and nutrition, thus depriving the latter. Friendly microorganisms in the gut also secretes certain chemical (cytokines) to tag the invader so that the immune system can recognise and destroy it while some gut bacteria take the task of rejuvenating the worn out gut cells. It is an intriguing fact that the genetic materials of all these microbes are more than 100 times the genetic particles of the host human, and could influence physiological activities of individuals by switching the genes on/off.
Recent experiments on rat and fruit flies have shown evidences that behaviours like depression and even intelligence is related with gut micro biota. Interestingly, eating habits could be greatly affected by the gut microbiome as evident on experiments on fruit flies. Healthy foods like green vegetable, fibres support the growth of healthy gut bacteria while unhealthy foods like high sugar food, fatty food favours the unhealthy food carving bacteria. Eating fast foods regularly helps in growth of such bacteria which will seriously diminish the good bacteria population. They could also send signal to brain to eat more fast food to sustain their population that could lead to disease conditions unless food habit is changed. Each person’s gut microbiota is unique, but shared factors and characteristics, such as diet, age, sex, lifestyle, and genetics, influence it. There are also strong evidences that prove the associations between particular species of gut bacteria and a range of diseases, including obesity, inflammatory bowel disease (IBD), and colorectal cancer.  Faecal matter of healthy person when implanted could restore the population of healthy bacteria in patients and treat a range of disorders associated with disturbances in the gut microbiota, including IBD and obesity, among other diseases.
Initially the gut micro-organisms are inherited from the mother and gradually develop with the interactions with environment. Upto 2 years children do not have stable gut microbiota and immune system is not formed completely (and hence prone to infections). Food is the single largest factor that influences the composition of gut microbiota. People with same ethnicity with similar food culture and similar life style tend to have similar gut microbiome. Some researchers believe that there is an association between ethnicity and the makeup of gut microbial communities. Traditional foods have been consumed by indigenous people from ancient times and these are usually simple, less process or fermented which are usually readily available. This food system gradually establishes a stable health promoting gut microbiome of particular community.
North East India has rich food culture with different seasonal vegetables and fruits, wild mushrooms, different fermented foods. Our ancestors were healthy despite limited medical facilities (due to stable healthy gut microbiome?). Fermented foods are potential source of healthy bacteria (probiotics) and foods that help in growth of healthy bacteria (prebiotic). Though only fermented food consume uncooked (curds, hawaijar, pickles) could be source of probiotics, they are considered good source of prebiotics. Changing lifestyle and changing food habit to western and fast food is the root cause of many modern diseases like cardio vascular diseases and diabetes. In this desperate time of Covid-19 pandemic consuming simple traditional food will not only relish the taste buds but also help restore the healthy gut microbe which have  gradually evolved with our ancestors.
These ever grateful good microbes in our guts will reciprocate our act of their repopulation by enhancing our mood, health and immune system. The bottom line is “we are what we eat”.
The writer is Scientist, COA, CAU, Imphal and can be reached [email protected]