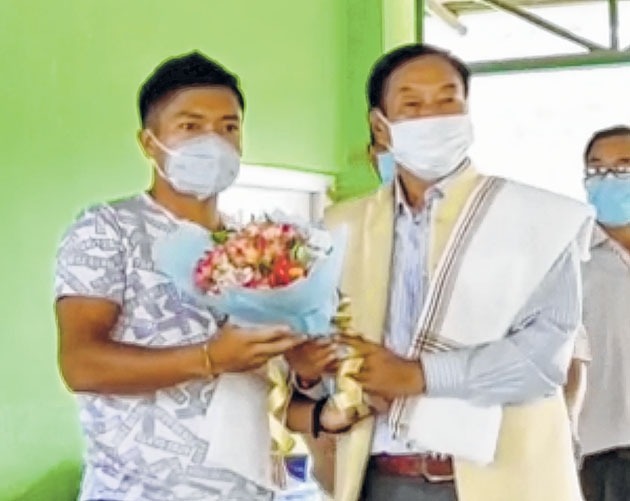 Our Correspondent
THOUBAL, Sep 11 : Hockey Thoubal today extended a warm reception to Tokyo Games 2020 bronze medallist in hockey, Shanglakpam Nilakanta Sharma and Hockey India president Gyanendro Ningombam at Thoubal Melaground.
Hockey Thoubal president, Konsam Michael; Manipur Hockey board Member, P Bandan and others attended the reception programme held in honour of the Olympic medallist and Hockey India president.
Speaking as the chief guest, Hockey India president, N Gyanendro said that the game of hockey is very much suitable to the State and players do not find it hard to adapt to the game as it has a close link to the indigenous game,  Khong Kangjei left by our forefathers.  As such, it is very important for all to carry forward rich the sporting legacy and encourage the budding and enthusiastic players who can bring laurels and honours to the Nation and the State as well, he continued.